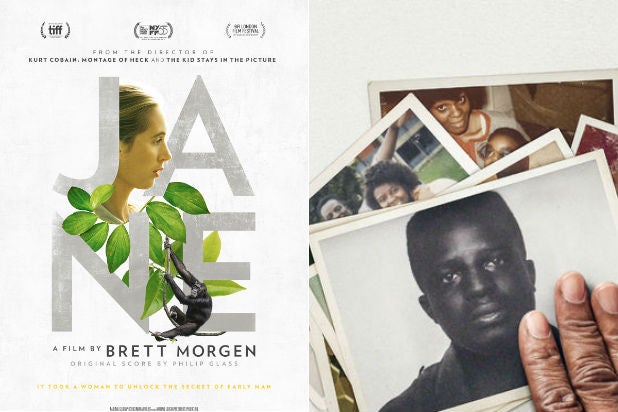 Brett Morgen’s feel-good Jane Goodall documentary “Jane,” from National Geographic and Abramorama, also racked up a pair of honors, with Philip Glass taking one award for his musical score and the film also winning the Audience Choice Prize. Read a full list of winners below.

Cinema Eye nominations are done by committees made up predominantly of film-festival programmers. The final vote is made by 200-300 filmmakers, distributors, programmers, grantors, writers, critics, sales agents and publicists who specialize in nonfiction film, along with past and current Cinema Eye nominees and jurors. (TheWrap’s Steve Pond is a voter.)

Since the first Cinema Eye ceremony in 2008, only three films have won the Best Documentary Oscar and also the Cinema Eye award: “Man on Wire,” “The Cove” and “Citizenfour.”

“Strong Island” and “Jane” are both on the Oscars 15-film shortlist in the documentary feature category. So are “Chasing Coral,” “Last Men in Aleppo” and “Long Strange Trip,” all of which also won Cinema Eye Honors.

In December, “Dina” won the top prize at the International Documentary Association’s IDA Documentary Awards, the other main honor given to nonfiction filmmaking. That film did not make the Oscar shortlist.

Spotlight Award
“Donkeyote”
“An Insignificant Man”
*WINNER “Lots of Kids, a Monkey and a Castle”
“Plastic China”
“Stranger in Paradise”
“Taste of Cement”

The Unforgettables | Non-competitive Honor:  The year’s most notable and significant nonfiction film subjects

All 13 Oscar Best Picture Nominees Directed by a Woman, From 'The Piano' to 'Lady Bird' (Photos)

Greta Gerwig is the most recent to join the elite list

In the history of the Academy Awards, only five women have gotten a Best Director nomination. But a dozen films with a female director have scored Best Picture nods -- particularly since the Academy expanded the lead category to include more than five nominees.