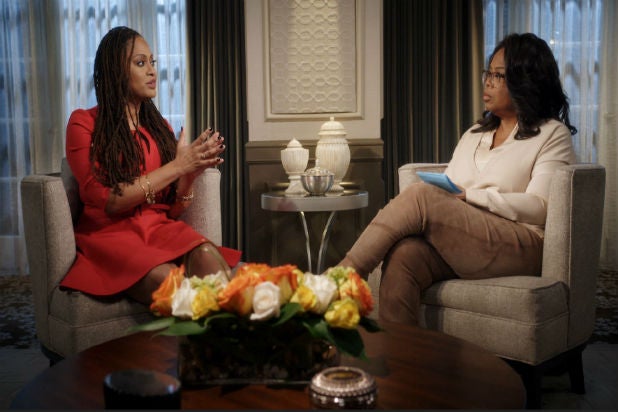 The release comes on the heels of the Best Documentary Feature Oscar nomination for DuVernay’s “13th,” which explores the mass incarceration of African-Americans in the United States.

In the 30-minute interview, Winfrey dives into DuVernay’s filmmaking process, her passion to illuminate the issues at the center of the documentary, as well as how she aggregated dozens of expert interviews from both sides of the aisle.

“The truths revealed within ’13th’ are stunning, and a brilliant primer for a much needed global conversation,” said Lisa Nishimura, Netflix VP of original documentaries.

“The ’13th’ interview special was born from an organic post-screening discussion between two of the most influential and insightful women in media, Ava DuVernay and Oprah Winfrey, who invite us to share in their personal feelings surrounding one of the most important issues of our time.”

“13th” premiered at the 2016 New York Film Festival as the first-ever nonfiction work to open the festival in its 54-year history; that was followed by its global launch on Netflix in October 2016.

On Tuesday, it was nominated for Best Documentary feature alongside “O.J: Made in America,” “I Am Not Your Negro,” “Life Animated” and “Fire at Sea.”