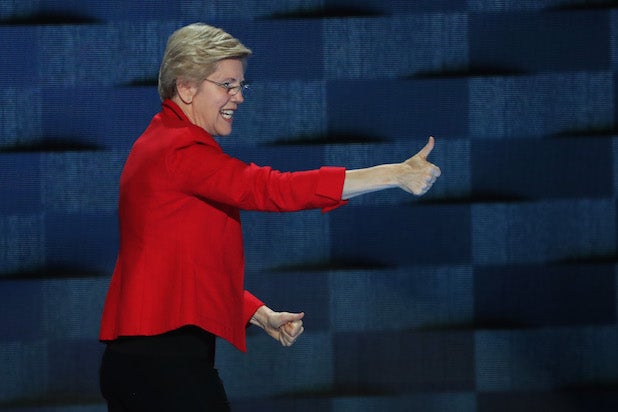 Getty Images
On Tuesday, Senate Majority Leader Mitch McConnell used a rare Senate rule to stop Sen. Elizabeth Warren from reading a letter by Coretta Scott King to oppose the nomination of Jeff Sessions to attorney general. McConnell said Warren was warned, but "nevertheless, she persisted."  Within hours, that phrase became a feminist rallying cry, applicable to any situation in which women have been essentially told to sit down and shut up. 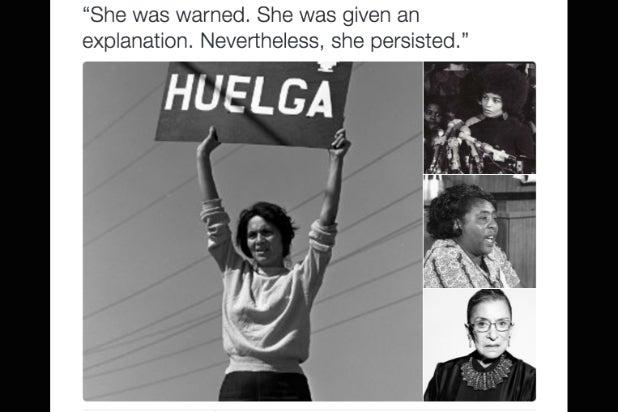 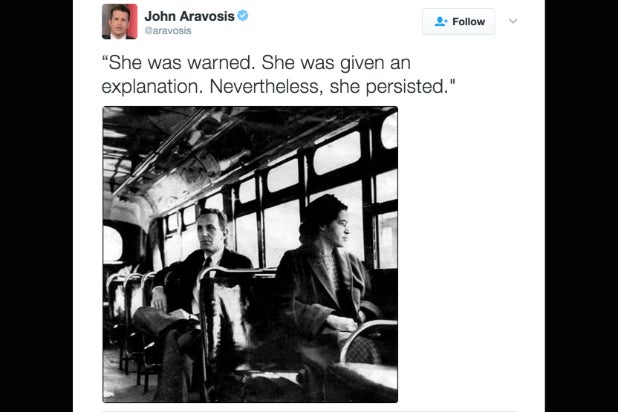 This meme shows a photograph of Rosa Parks sitting in the front of a bus. 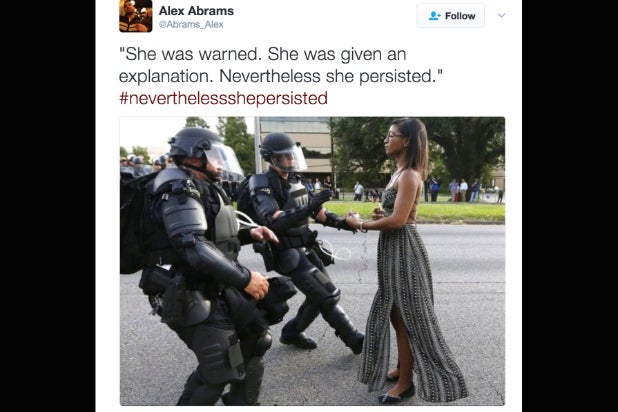 This iconic photo of a young woman standing her ground against riot police during a Black Lives Matter in Baton Rouge, La. 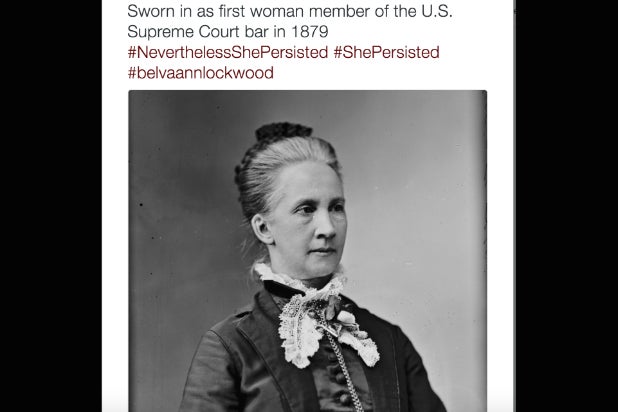 This image is of Belva Ann Lockwood, the first woman allowed to practice before the United States Supreme Court. 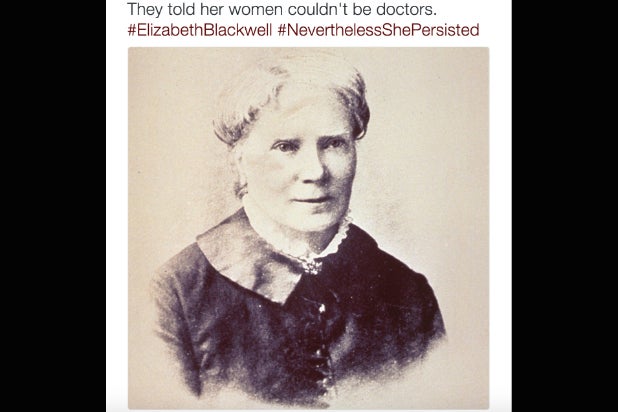 Twitter
Here's Elizabeth Blackwell, the first woman in the U.S. to receive a medical degree. It's captioned, "They told her women couldn't be doctors. Nevertheless, she persisted." 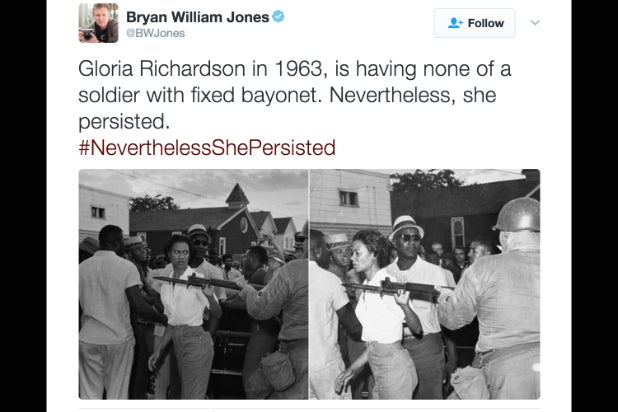 Twitter
This is Gloria Richardson, the leader of the Cambridge Movement (a civil rights movement in Cambridge, Maryland). It is captioned: "Gloria Richardson in 1963, is having none of a soldier with fixed bayonet. Nevertheless, she persisted." 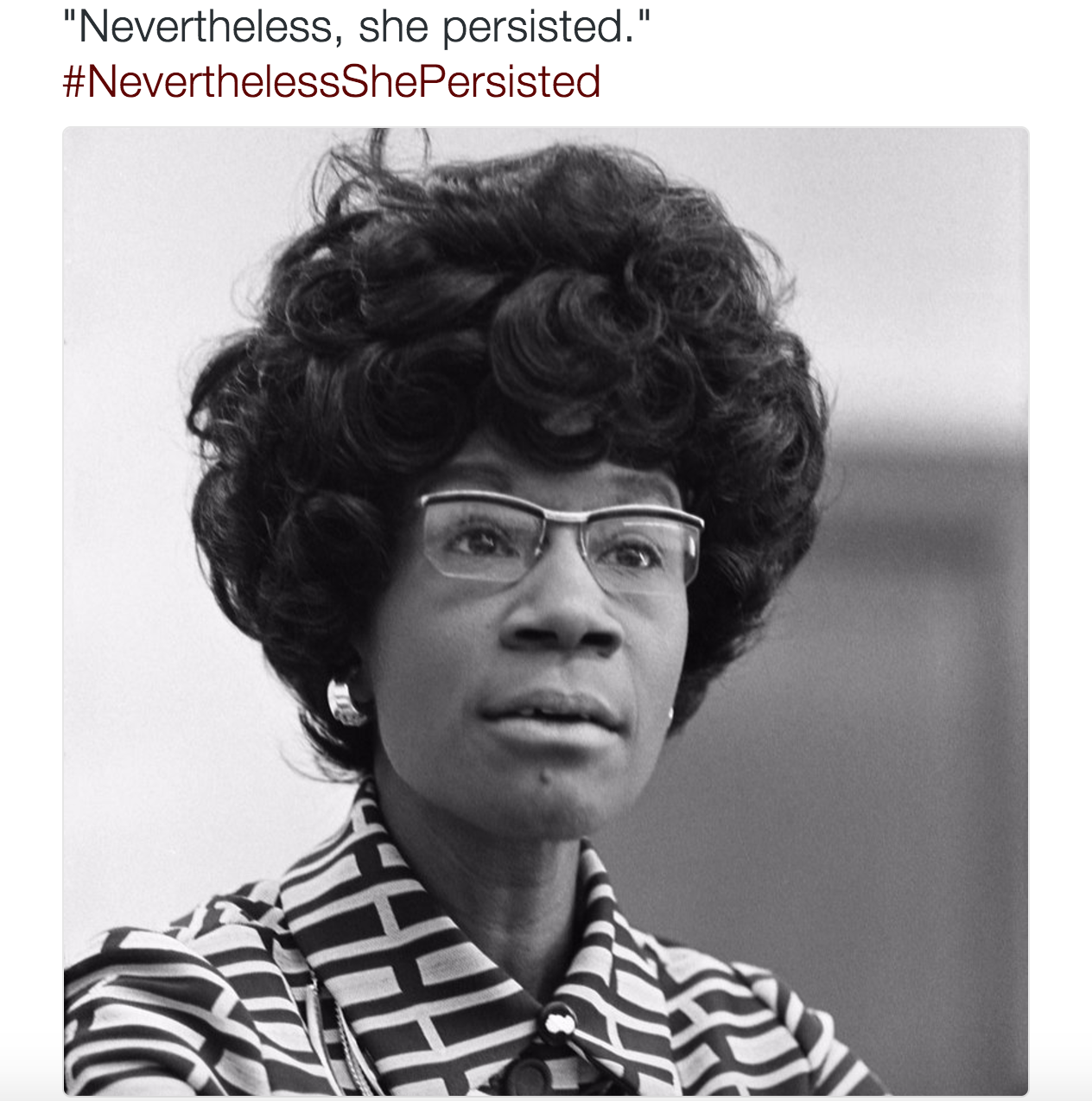 Twitter
This meme is a photo of Shirley Chisholm, the first black woman to serve in congress. 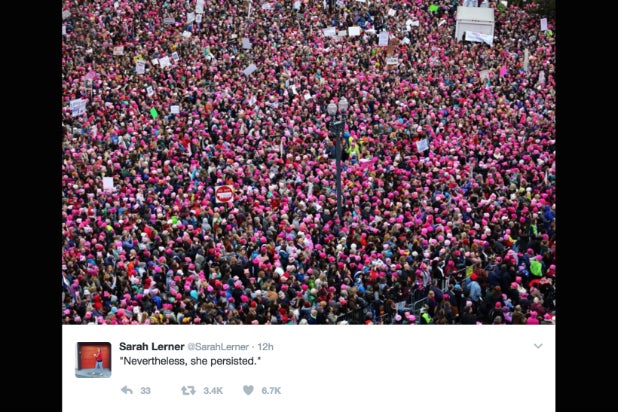 Twitter
This photo is from the Jan. 21 Women's March and is captioned with "Nevertheless, she persisted." 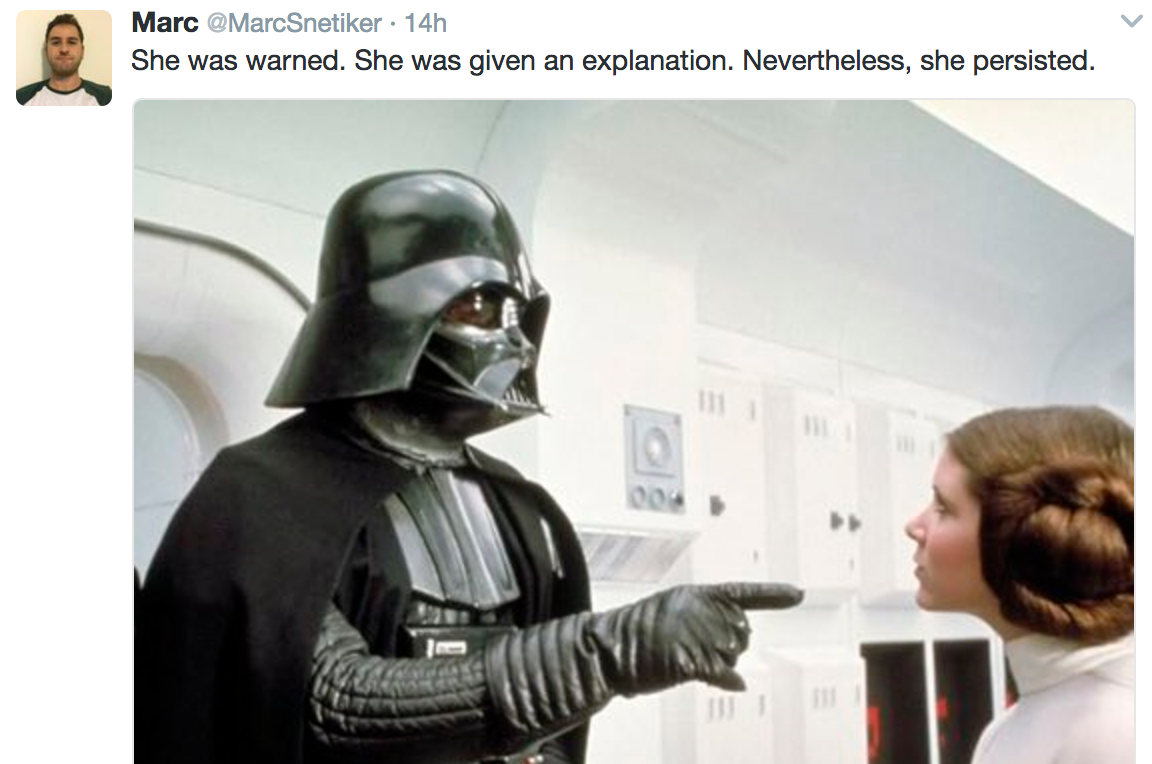 Bonus: "Star Wars" fans got into the meme, too. If you went to the L.A. Women's March, you saw a lot of signs with Princess Leia. And she continues to persist.
KEEP READING..