Receiving a single Indian-language character will crash your iPhone — disabling messaging and emails — due to a flaw spotted in Apple’s operating system.

If users running iOS 11.2.5 receive a message containing a particular character in Telugu, a language native to eastern India, their device could end up in a recurring reboot. Messaging apps like iMessage, WhatsApp and Facebook Messenger will also crash if the character is received.

Here’s a look at the character, in case you were curious: 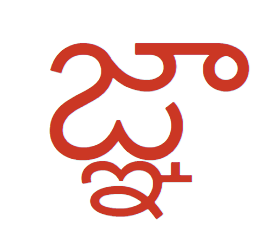 The issue was first spotted by Italian tech blog Mobile World. Gmail and Outlook are also defenseless against the character, The Verge pointed out.  It’s not just limited to iPhones, either: the bug impacts the App Store, Safari, and the Apple Watch.

Devices on iOS 11.3 beta, set to launch later in 2018, are immune to the bug, . Apple did not immediately respond to TheWrap’s request for comment on when users can expect a fix.

The world’s biggest tech company has had a difficult few months. Apple copped to slowing down older iPhone models in December after many users noticed their batteries were being “throttled.” The company apologized for the “misunderstanding,” saying it was necessary to prevent phones from unexpectedly powering down. Battery replacements were then offered for $29 instead of the usual $79.