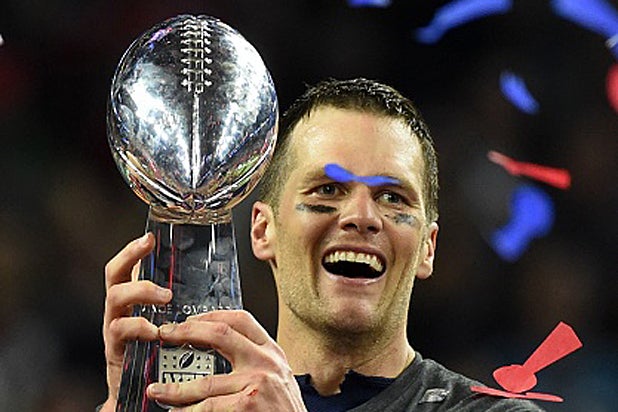 The New England Patriots are going back to the White House — just two years after their last visit to Washington, DC. And the date has been set.

The Super Bowl-winning team (well, most of them at least) will meet with President Trump on April 19, White House spokesperson Sean Spicer announced on Thursday, according to NFL.com.

This will mark the fifth time that Tom Brady and Bill Belichick’s team have made the traditional presidential trip following a championship season, although the famous quarterback missed the last meeting with President Obama in 2015 due to family obligations.

“I’m proud to announce that on April 19, the anniversary of the Battles of Lexington and Concord, the New England Patriots will be visiting the White House to celebrate their latest — and what will be probably be a continuation of many more to come — Super Bowl win,” Spicer, who is a native of Rhode Island, said in a press conference.

While he has not openly said he is a New England fan, after the Pats beat the Atlanta Falcons in a Super Bowl overtime shocker on Feb. 5, Spicer proclaimed it was the “Best. Game. Ever.”

April 19 will also mark the first time Brady and Trump have been seen together in public since the former presidential candidate claimed the Super Bowl MVP as one of his supporters, although Trump has been spotted with team owner Robert Kraft recently.

A number of players have already bowed out of the trip, however, citing a dislike of the Trump administration.

LeGarrette Blount, Alan Branch, Dont’a Hightower, Devin McCourty, Martellus Bennett and Chris Long have all previously said they didn’t want to meet with Trump. And while the latter two players are no longer with the Patriots, they are still on the White House’s invite list.