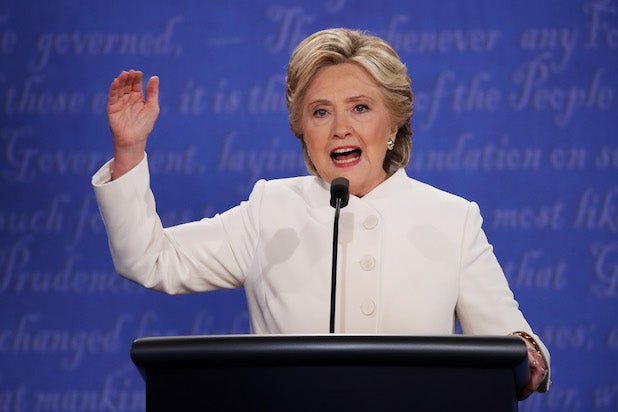 The FBI announced it will renew its investigation into Hillary Clinton’s use of a private email server, and media reports suggest the latest discovery was found on electronic devices belonging to Clinton’s top aide Huma Abedin and her estranged husband, Anthony Weiner.

The FBI is investigating Weiner for inappropriate text messages he sent to a minor, and it apparently found damaging evidence related to the Clinton campaign, according to the Associated Press.

FBI Director James Comey informed congressional lawmakers on Friday that he will investigate newly discovered emails to see if they contained classified information. These emails were not reviewed earlier in the bureau’s ongoing investigation and were found while looking into an unrelated case. It now appears they came from Weiner’s device.

The FBI is investigating former New York congressman Weiner over a sexting relationship with a 15-year-old girl. The digital affair lasted months, with Weiner and the high school sophomore exchanging graphic messages, according to the Daily Mail.

Huma Abedin, Hillary Clinton’s aid and Weiner’s wife, filed for divorce from the 51-year-old former congressman earlier this year after photos surfaced that indicated he was still engaging in sexting with other women. In one case, he sent a woman a shirtless photo seated beside his and Abedin’s infant son.

Back in July, Attorney General Loretta Lynch said she would accept Comey’s recommendation that no criminal charges be filed over the investigation into Clinton’s use of a private email server. At the time, Comey said that 110 e-mails sent to or from the server contained classified information but “no reasonable prosecutor” would bring charges in this scenario.

Whatever Comey’s team found while investigating Weiner, however, has prompted revisiting the probe.

In a letter to the Senate Judiciary Committee, Comey said that, “the FBI has learned of the existence of emails that appear to be pertinent to the investigation … I agreed that the FBI should take appropriate investigative steps designed to allow investigators to review these emails to determine whether they contain classified information, as well as to assess their importance to our investigation.”

Comey also cautioned that he was not sure how long the new review would take and said the FBI “cannot yet assess whether or not this material may be significant.”