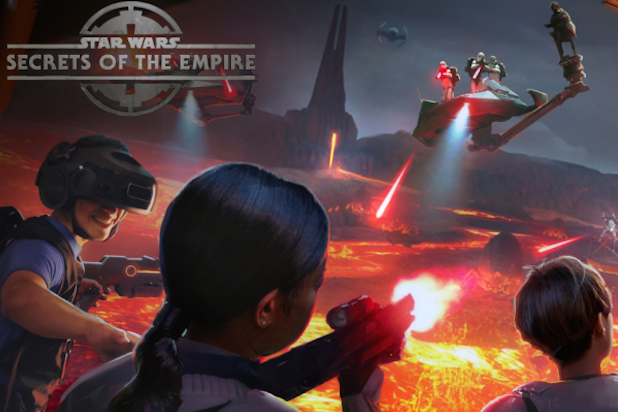 Expect to see a hoard of “Star Wars” fans outside Disneyland this holiday season, thanks to the upcoming release of “Star Wars: Secrets of the Empire,” a multi-player virtual reality experience announced Thursday by VR company The Void, Lucasfilm and Industrial Light & Magic’s xLab.

The trio have partnered to bring “immersive” VR content to Disney malls in Anaheim, California, and Orlando, Florida, as “Star Wars” fans eagerly await the followup to 2015’s “The Force Awakens.” This won’t be a standard VR experience where you simply strap on a headset, either. Details are sparse, but users will be able to walk around, touch and interact with their “Star Wars” universe.

As The Void’s blog post announcing the experience puts it, “Star Wars: Secrets of the Empire” will plunge guests directly into the iconic Star Wars galaxy. They will move freely throughout the untethered, social and multi-sensory “Star Wars: Secrets of the Empire” experience in a way that allows them to interact and engage with friends, family and Star Wars characters.”

The company already has experience with multi-player experiences — a growing demand from VR consumers — from its “Ghostbusters” vehicle launched last year. For $20, users were able to blast specters with up to three friends at Madame Tussauds wax museum in New York City.