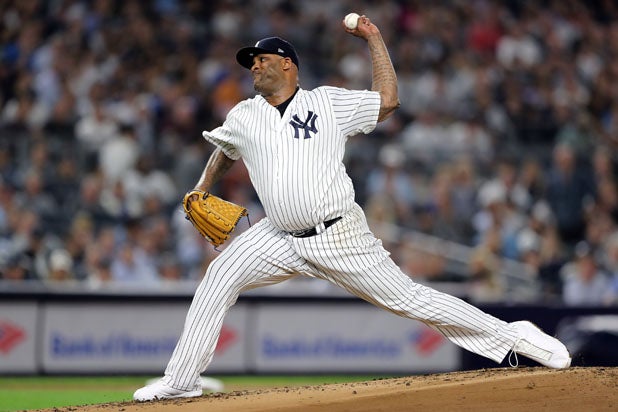 CC Sabathia is already planning for retirement from baseball before he’s hung up his cleats.

The New York Yankees pitcher and Cy Young Award-winner will join ESPN as a contributor, the network announced on Tuesday. He will serve in a variety of roles beginning this season.

Having played for the Yankees since 2009, Sabathia announced last month that he is going retire from baseball at the end of the 2019 season.

“As I begin to look toward the future, I’m excited to have this opportunity with ESPN,” Sabathia said in a statement Tuesday. “With that said, my singular focus is on winning another World Series championship for Yankees fans and the city of New York.”

“We’re excited to work with CC, especially as part of this unique arrangement during the final year of his storied career. He has proven to be highly knowledgeable, candid and perceptive about the sport of baseball, as well as an avid sports fan in general,” Dave Roberts, ESPN vice president, production, added.

Sabathia will contribute to various ESPN platforms this season, including “SportsCenter,” “Get Up!,” “First Take,” “Golic & Wingo” and occasionally “Baseball Tonight,” according to ESPN. He’ll appear in-studio for several of the appearances. In addition, he will periodically join ESPN Radio New York as a guest host on the “Humpty & Canty” show, which airs from 10 a.m.-1 p.m. ET.

He will debut during ESPN’s spring training coverage later this month.

Sabathia made his big-league debut in 2001 with the Cleveland Indians before being traded to the Milwaukee Brewers in 2008. He won a World Series with the Yankees in 2009.