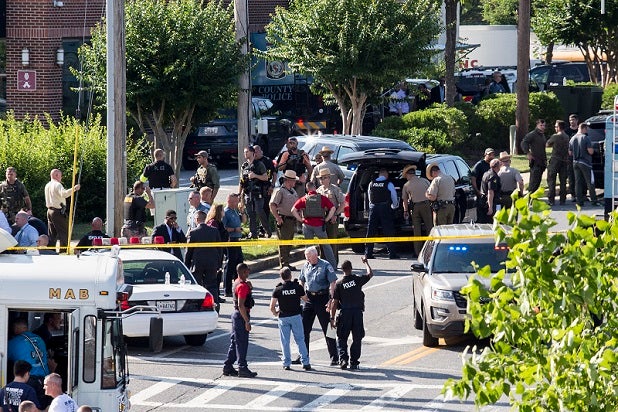 The suspect in the deadly shooting at the Capitol Gazette newspaper in Annapolis, MD has been identified by police as Jarrod W. Ramos, a 38-year-old man who had a longstanding dispute with the paper, NBC, CNN and the Baltimore Sun are reporting.

Local police have not yet made public the suspect’s name, but all three reports cite multiple law enforcement sources.

According to the Sun, in 2012 Ramos tried to sue a columnist and the paper’s former editor and publisher for defamation over a 2011 report about criminal case in which Ramos was convicted of harassing a woman who rejected his advances. The paper prevailed in Maryland’s second-highest court and Ramos’ case was thrown out in 2015.

A Twitter account created in 2011 that uses Ramos’ picture and name has a history of hostile posts about the paper, as well as the judges and prosecutors in his cases.

During a press briefing Thursday night, Anne Arundel County Executive Steve Schuh told reporters police had in custody and are interrogating a male suspect, NBC reports. In a separate press conference, Anne Arundel County Acting Chief William Krampf did not identify the suspect, but told reporters that he had altered his finger prints, that smoke grenades were found on the scene, and that a “long gun” was used in the shooting.

Krampf called the massacre a “targeted shooting” but said it did not appear any one person was targeted. Police say they will provide more information about the suspect Friday morning.

Five people were killed in the attack, including Capital Gazette Editor Rob Hiaasen. An unidentified number of other people were “gravely wounded.”