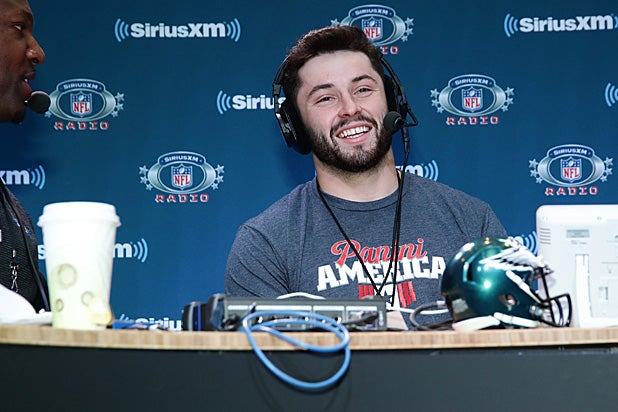 And with the first overall pick of the 2018 NFL Draft, the Cleveland Browns picked …

… Baker Mayfield, quarterback for the University of Oklahoma.

The 23-year-old — originally from Austin, Texas — had risen to the top of many NFL experts’ mock drafts as Draft Day approached, despite a number of controversies marking his college career.

In February 2017, Mayfield was arrested in Arkansas for public intoxication, disorderly conduct, resisting arrest and fleeing. He went on to post a lengthy apology letter on Twitter.

His antics on the field did not always go down well either, especially when Mayfield planted an Oklahoma Sooners flag on the Ohio State crest at midfield. Later in the 2017 season, he made a lewd gesture toward the Kansas bench, which resulted in a benching to start the following game.

Mayfield ended his college career on a high note, however, having completed 70.5 percent of his passes for 4,627 yards last season, with 43 touchdowns and six interceptions.

Originally a walk-on player for the Texas Tech Red Raiders, Mayfield transferred to Oklahoma after alleged scholarship issues and a lack of communication with coaches. He went on to win the 2017 Heisman Trophy. 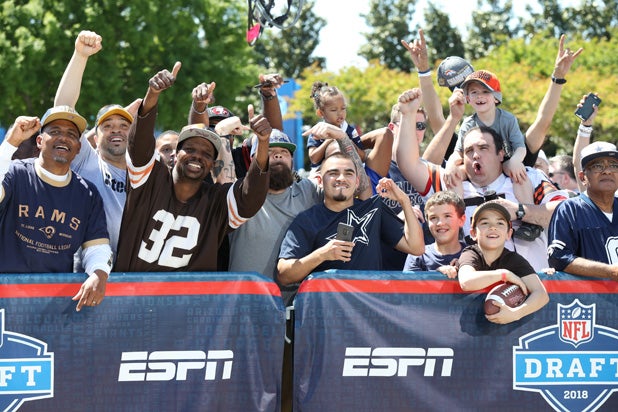 Despite also having the number one pick in last year’s draft, when they took Texas A&M defensive end Myles Garrett, the Browns ended the 2017 season 0-16.

The “Bad Luck” Browns have taken 28 quarterbacks in the Draft since 1999. Past picks include Johnny Manziel (also picked from Texas A&M in 2015, who is already out of the league following his high profile partying and poor performance); Tim Couch (1999, but he got lumbered trying to lead an expansion team); Courtney Brown (2000, and injury-prone); William Green (domestic violence and substance abuse issues); Trent Richardson (2012, and subsequently one of the worst running backs in NFL history to get a significant number of carries); and Brady Quinn (2007, nice guy but terrible NFL career).

Next on the clock are were the New York Jets, who took Sam Darnold from USC, and then the Browns, again, when they picked Ohio State cornerback Denzel Ward.

Each pick is read out by NFL Commissioner Roger Goodell.

The 2018 NFL Draft airs live on ESPN from the Cowboys’ AT&T Stadium in Dallas, Texas.