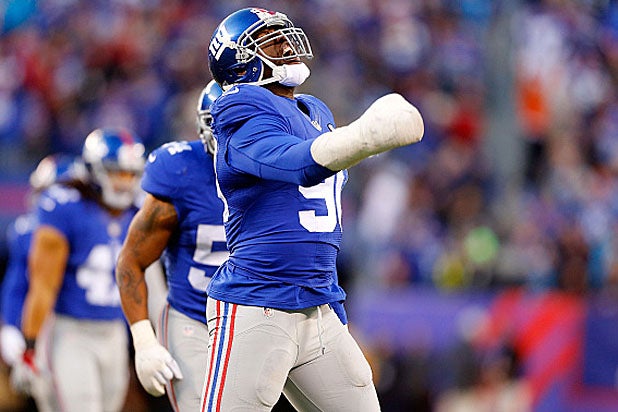 NFL Player Jason Pierre-Paul isn’t blaming anyone else for the 4th of July fireworks accident that blew off parts of two of his fingers last summer — but he is suing sports analyst Adam Schefter and ESPN for allegedly posting his private medical records online.

The New York Giants defensive end filed a lawsuit in Miami Dade County, Florida, Wednesday, claiming that the sports network’s NFL reporter improperly obtained a medical chart from Jackson Memorial Hospital showing that his right index finger had been amputated, and violated his privacy by tweeting it to nearly four million followers.

“This action arises out of ESPN reporter Schefter’s blatant disregard for the private and confidential nature of plaintiff’s medical records, all so Schefter could show the world that he had ‘supporting proof’ of a surgical procedure,” states the lawsuit, which was first reported by the New York Post.

The suit, which does not specify money damages, also says that while the player’s injury may have been “a matter of legitimate public concern” the “chart was not.”

“Because the Hospital disclosed the Chart to Schefter, he was prohibited from further disclosing it or any information therein without the expressed written consent of Plaintiff or Plaintiff’s legal representative, which consent was never sought or obtained,” it continues.

Veteran analyst Schefter explained in a series of e-mails to Sports Illustrated last July why he decided to share the 27-year-old’s records. “In a day and age in which pictures and videos tell stories and confirm facts, in which sources and their motives are routinely questioned, and in which reporters strive to be as accurate as possible, this was the ultimate supporting proof,” he wrote.