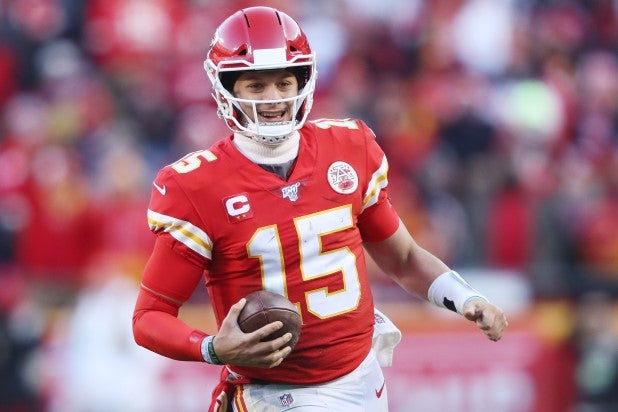 The NFL’s ratings momentum didn’t carry over to Championship Sunday, with both the games on Fox and CBS earning far fewer viewers than they did during the same time a year ago.

The AFC Championship game between the Kansas City Chiefs and Tennessee Titans averaged 41.1 million viewers on Sunday, coming in 7% below the 44.4 million viewers Fox averaged for the early game last year between the New Orleans Saints and Los Angeles Rams. The Chiefs-Titans matchup peaked with 46.76 million viewers and was the highest-rated TV program on any network since Super Bowl LIII last February, per CBS.

CBS, in its Monday afternoon press release, said the 2019 NFL season was its most watched in three years.

Fox’s late matchup between the San Francisco 49ers and the Green Bay Packers suffered an even bigger slide when compared to the late game in 2019. The 49ers-Packers game averaged 43.56 million when factoring in Fox, Fox Deportes and all streaming platforms — coming in nearly 20% below the 54.2 million total viewers CBS enjoyed last year for its late game between the New England Patriots and the Chiefs. One thing to consider, though, is the Chiefs-Pats game was the most-watched AFC Championship Game in eight years.

The 49ers-Packers game peaked with 46.1 million viewers, according to Fox.

CBS and Fox’s ratings face plant puts a blemish on an otherwise strong performance for the NFL this year. Heading into Sunday, both the regular season and NFL Playoffs to-date were both up 5% in viewers from the same time last year. The first round of this year’s playoffs posted the NFL’s best Wildcard Weekend ratings in three years, and the divisional round kept pace the week after.

The Niners and Chiefs will meet in the Super Bowl on Feb. 2, with the game airing this year on Fox.