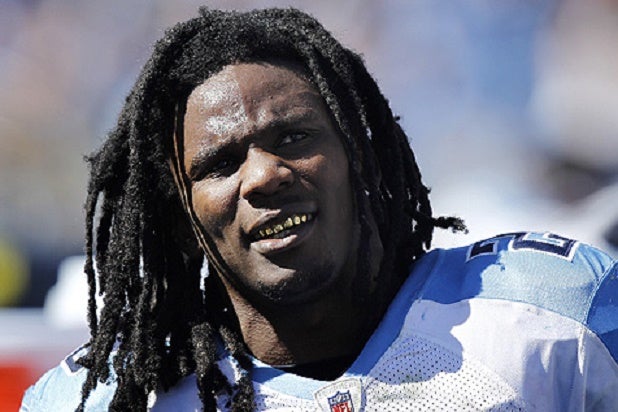 NFL star Chris Johnson is recovering at an Orlando, Florida hospital in stable condition after being shot in the shoulder Sunday morning, according to police.

The Orange County Sherriff’s Office released a media advisory, which indicated that Johnson and two others were in a Jeep that came under fire at 4:09 a.m.

The driver of the Jeep, 28-year-old Dreekius Oricko, was killed. A second passenger identified as Reggie Johnson, suffered gunshot wounds to the shoulder, hand and leg, and was hospitalized in stable condition, the Sheriff’s Office said.

When deputies arrived, they found Oricko dead inside the Jeep and the two other men on the sidewalk, police said. The relationship of the victims was unclear.

The surviving men told investigators that the incident unfolded when an unknown vehicle pulled up beside them at a red light and opened fire.

No one arrests have been made and the case remains under investigation, police said.

This was not 29-year-old Johnson’s first off-the-field incident.

He was arrested in January in Orlando after police said they found two semiautomatic handguns inside his car during a traffic stop, the Orlando Sentinel reported.

Also Read: Ray Rice Reveals He Considered Suicide: I Almost Felt Like It ‘Wasn’t Worth Living’

The police report described the guns as a Glock 9 mm and an FN 5.7 mm. Johnson was charged with a misdemeanor, open carrying of firearms, and was later released on $250 bond.

Johnson is officially a free agent on Tuesday. The Jets declined his option earlier this month after the one-time All-Pro running back turned in one of the most frustrating years of his career. He posted career lows in carries (155), rushing yards (663) and rushing touchdowns (one) in his first year with the Jets.

The former Titans star was released by Tennessee in April of 2014 and subsequently signed a two-year, $8 million contract with the Jets.