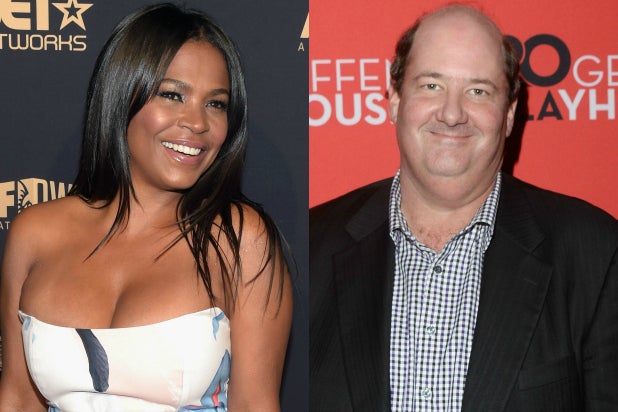 Nia Long (“The Best Man”) and Brian Baumgartner (“The Office”) are joining the cast of the original series, which is now filming Season 2.

Long will play Isadora “Izzy” Williams, a tough but charming journalist who has a history with Mayor Robert “Bobo” Boston, played by Andre Royo (“The Wire”), per Amazon. Long can next be seen in Warner Bros. film “Keanu” alongside Keegan-Michael Key and Jordan Peele, as well as ABC’s “Uncle Buck,” opposite Mike Epps.

“Hand of God” stars Golden Globe winner Ron Perlman (“Sons of Anarchy”) as the honorable justice Pernell Harris. The show centers on Judge Harris, a hard-living, law-bending married man with a high-end call girl on the side, who suffers a mental breakdown and goes on a vigilante quest to find the rapist who tore his family apart. With no real evidence to go on, Pernell begins to rely on “visions” and “messages” he believes are being sent by God through Pernell’s ventilator-bound son.

“Hand of God” Season 2 will premiere later this year.