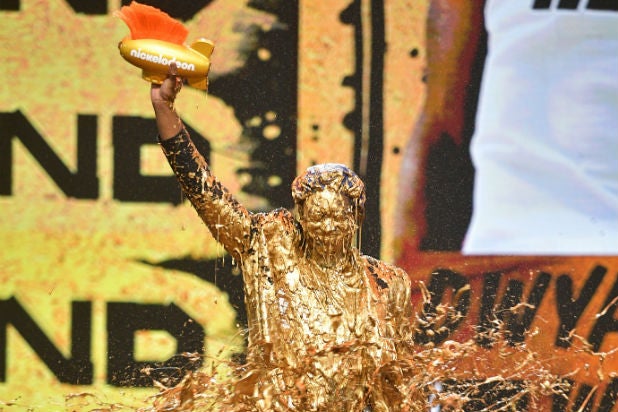 New England Patriots quarterback Tom Brady was the only other nominee to win more than once, taking home two prizes — Best Cannon and Favorite Football Player.

Meanwhile, 13-time NBA All-Star Dwyane Wade received the Legend Award and, as seen in the photo above, was subsequently doused in a river of gold slime while accepting the prize. And USWNT star Megan Rapinoe won the Generation Change Award.

Nickelodeon’s Kids’ Choice Sports 2019 will air Saturday, Aug. 10, at 8 p.m. EDT and PDT as a simulcast on Nickelodeon, TeenNick and Nicktoons.