Nicki Minaj is mourning the loss of one of her road crew members.

The crew member for the “Anaconda” rapper was killed during a bar fight in Philadelphia on Tuesday night, Minaj said via Twitter Wednesday.

“Two members of my team were stabbed last night in Philly. One was killed,” Minaj tweeted. “They had only been there for two days rehearsing for the tour.”

Minaj retweeted a link to a story published by NBC’s Philadelphia affiliate, which detailed the fatal altercation. According to the TV station, the fight broke out at approximately 2 a.m. at Che Bar & Grill. The brawl then moved to outside the bar, at which point one of the men involved in the fight pulled out a knife. 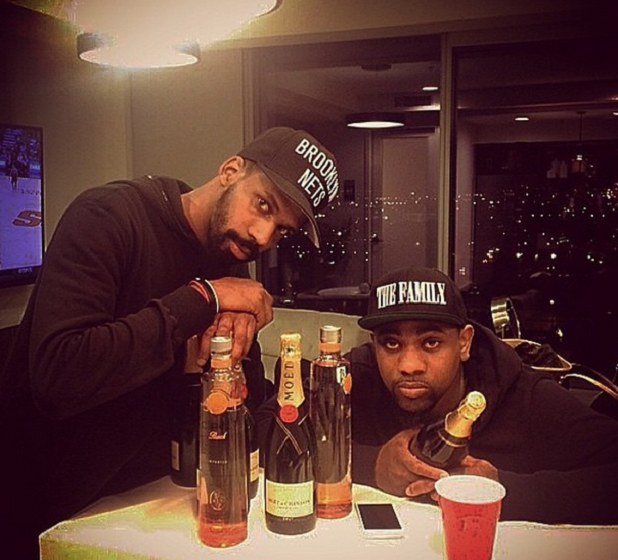 One of the victims died, while the other, identified as Eric Parker, suffered multiple stab wounds that left him in critical condition but he is expected to live.

In a social media post published Wednesday, chart-topping rapper Fabolous identified the dead victim as De’Von Pickett, who is described on his Twitter account as a road and tour manager.

“These guys flew into Philly for my tour rehearsals 2 days ago and were both stabbed last night,” Minaj wrote in a lengthy Instagram post that included a photo of the pair. “#RIPDAYDAY condolences to your family. Unbelievable. Eric (on the right) is recovering. Another senseless act of violence that took the life of a great guy. So sad.”

He had also worked on Kanye West’s 2008 Glow in the Dark tour featuring Rihanna, and the singer posted her own dedication to the longtime roadie along with a photo on her Instagram. “One of the nicest, coolest, funniest people I’ve ever met and toured with,” she wrote. “Sad to lose a beautiful spirit like yours.”

According to witnesses, the fight that cleared out the bar may have involved an employee who had recently been let go. Pickett, Parker and their group were waiting by their bartender friend’s car to make sure she was OK getting to her vehicle, the Philadelphia Inquirer reported, when they were approached by two or three armed men who started pushing Pickett and his friends around as they tried to diffuse the situation to no avail.

Pickett was stabbed and taken to the Einstein Medical Center, where he was pronounced dead at 2:45 a.m.