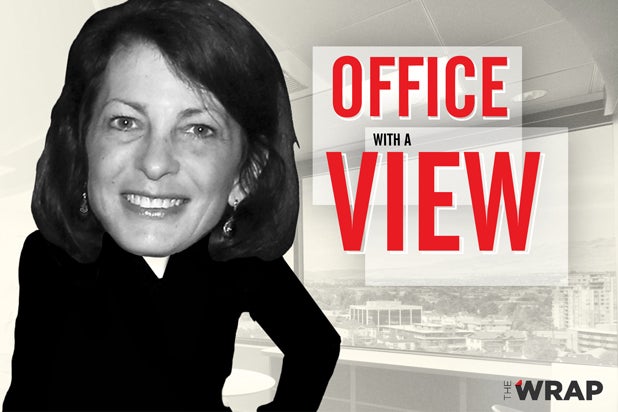 As TV networks prepare to head into the new fall season, Nielsen finds itself under pressure. Last year, a software error artificially inflated ratings for ABC shows in the critical first weeks of the new season — a mistake no one in the business wants to see repeated. Meanwhile, competitors such as Rentrak are making inroads with Nielsen’s clients.

But the biggest challenge comes from the TV landscape, which has been altered in recent years with increased time-shifted and digital viewing. The live ratings that were once the industry’s official currency are now all but worthless.

“We have to adjust the currency of TV,” Lynda Clarizio, Nielsen president of U.S. media, told TheWrap. “We absolutely do.”

Clarizio joined Nielsen in 2013 after relatively short stints at the digital ad companies AppNexus and Invision, preceded by more than a decade at AOL.

She spoke to TheWrap about the challenges facing Nielsen, the products it’s introducing in the face of multiplatform viewing and just how many people are watching Netflix hits like “Orange Is the New Black.”

Your total content rating will measure a program across platforms regardless of day part. Will advertisers be able to use that?
We’re trying to do everything on a like-to-like basis. Digital video has been trying to steal dollars from television. I’d be doing the same thing if I were them. That’s fine, but somebody needs to be able to call BS on this and say, “Here’s what’s really, really happening.”

This total content rating is an attempt to do that. We can put it out there, and then the agencies and the buyers are going to have to be willing to transact on it. Our digital-video clients are really interested, because they want to be on an even playing field. This is really about the evolution to one video marketplace in terms of measuring consumption and in terms of advertising sales.

Why is Nielsen positioned to be that arbiter? Google must have plenty of sophisticated tools for measuring its own viewership.
It’s all about independence. Google, Facebook, CBS, NBC — their business is selling advertising, so they can’t be the measurement provider across the industry when they have a vested stake in showing themselves as good as possible. They’re basically grading their own homework. So that’s why Nielsen’s role in television has been so important, being this independent referee for the industry.

What feedback are you getting from those who aren’t participating?
The big player that hasn’t wanted to work with us up to date is Netflix. We would love them to work with us, but they haven’t deemed that a priority for them.

But we have this product called signature-based subscription video on-demand measurement, where a programmer, like a studio, that is licensing their programming to Netflix, can drop an audio-signature file in that program and then share that with us, and we then can measure it.

During upfronts, some network groups cut deals that were based on sales lift and other new measurements.
That is a trend that is increasing. It really is an attempt to sell television advertising more in terms of audience or sales lift as opposed to aggregate audiences. Our measurement is still the foundation for that, because all of those products have at their core the basic demos. And we at Nielsen have a number of sales-lift products ourselves.

How much of the creation of these new products is driven by competition from Rentrak?
Competition is a good thing. It’s what keeps you honest. Rentrak’s biggest challenge is that they don’t have the core television data, which you need as you move to total audience. And they don’t have the panels that we do.

Those panels are a perfect demographic representation of America. I think five years ago, if you were at Nielsen, we would have said we’re only doing panels. We’ve moved beyond that. We know now that we have to bring in all these other data sets. But the panels are a key competitive advantage for us.

Last fall, there were some high-profile errors in the broadcast ratings.
Yes.

What are you doing to ensure there’s no repeat of that this fall?
We’ve undertaken a pretty thorough review of all our processes and procedures for how we produce our television ratings. We have tightened up some of those processes. But we didn’t find any core problems with how we produce our ratings. It was unfortunate seeing that happen. There was something that failed somewhere in the systems. We figured it out and we fixed it.

If you were starting Nielsen now as a new business, what would you do differently?
We wouldn’t do overnights. We’ve had to face with the industry whether we should produce those, because the overnight rating is just telling you that — what the overnight audience is. I’ve said this to a lot of people in the television industry, “Why don’t we just not produce overnight ratings?” And everyone says, “But the press wants them.”

What I want to do is for us to produce the overnight rating and add some sort of factor to it, based on what the average time-shifting is for a particular program. I’ve been thinking a lot about overnight ratings and what to about them. It was something that was developed when almost all viewing was live.