In a statement on the Neil Young Archives site on Saturday, Lofgren similarly pointed to an open letter written earlier this month from more than 260 scientists, medical professionals, professors and science communicators urging Spotify to take action against “mass-information events” on its platform, singling out Rogan’s podcast in particular.

“A few days ago, my wife and I became aware of Neil and Daryl [Hannah] standing with hundreds of health care professionals, scientists, doctors and nurses in calling out Spotify for promoting lies and misinformation that are hurting and killing people,” Lofgren wrote. “When these heroic women and men, who’ve spent their lives healing and saving ours, cry out for help you don’t turn your back on them for money and power. You listen and stand with them.” 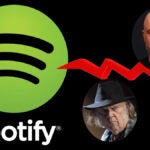 In the statement, Lofgren said that he and his team have gotten “the last 27 years of my music” removed from Spotify, and noted that they are reaching out to the labels who own Lofgren’s music prior to that to do the same.

Motivational speaker Brené Brown also announced on Saturday that she would be suspending the release of any new episodes of “Unlocking Us” or “Dare to Lead” — both of which are housed exclusively on Spotify — indefinitely.

“I will not be releasing any podcasts until further notice,” Brown tweeted. “To our #UnlockingUs and #DaretoLead communities, I’m sorry and I’ll let you know if and when that changes. Stay awkward, brave, and kind.” 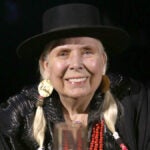 Young first demanded the removal of his music from Spotify on Monday, saying he did not want to be associated with a platform that hosts “The Joe Rogan Experience,” a program that the music icon says spreads “fake information about vaccines.”

“I am doing this because Spotify is spreading fake information about vaccines – potentially causing death to those who believe the disinformation being spread by them,” he wrote.