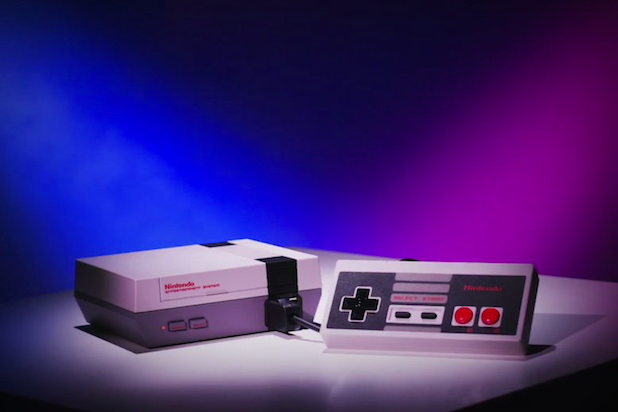 Nintendo fanboys and fangirls already have a reason to get excited for summer 2018, after the Japanese gaming company announced it’s bringing back its $60 NES Classic Edition console next year.

For a mere $60, the old school Nintendo system comes preloaded with 30 classic games, including “Super Mario Bros,” “The Legend of Zelda,” and my personal favorite, “Punch Out.”

Also Read: Movies, TV Shows and Games That Were Altered After 9/11 (Photos)

The NES Classic Edition first launched in the States in 1985. It was revived in late 2016 and quickly became a must-have item for the holidays, with consoles selling out and shooting to $300 on eBay for those looking to flip it for a quick buck.

At the same time, Nintendo announced it’s Super NES Classic Edition — due to come out at the end of the month for $80 — will also be shipping in 2018, so maybe hold off on paying five-times its price on eBay if you miss out on one this year. Nintendo said they’ll have more Super NES ready to ship this year than it had on hand for the NES Classic launch last season, which makes sense for a company looking to make money.