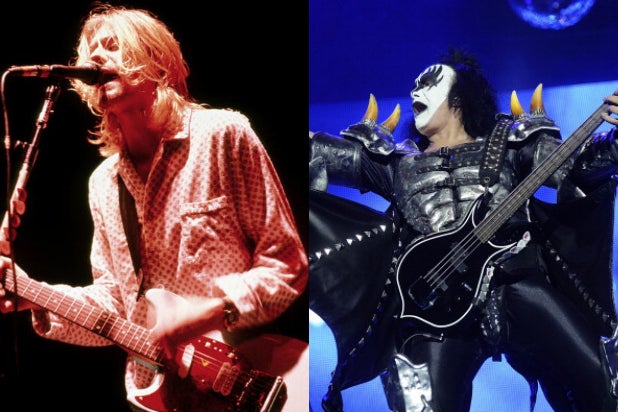 Nirvana will officially join the Rock and Roll Hall of Fame in April’s induction ceremony. So will two acts that couldn’t be less like Nirvana, Hall and Oates and KISS.

In the performer category, the three acts will be joined by Peter Gabriel, Linda Ronstadt and Cat Stevens. Receiving this year’s Ahmet Ertegun Awards are Brian Epstein and Andrew Loog Oldham. Bruce Springsteen’s group, The E Street Band will accept the Award for Musical Excellence.

Some notable nominees who were passed over this year include rappers NWA and LL Cool J.

Though the museum itself is in Cleveland, the 29th Annual Rock and Roll Hall of Fame Induction Ceremony will take place on Thursday, April 10, 2014 at Barclays Center in Brooklyn, N.Y. The ceremony will be open to the public.

The Class of 2014 was chosen by more than 700 voters of the Rock and Roll Hall of Fame Foundation. The public also had a say, selecting their five favorites to comprise a “fans’ ballot,” which was tallied along with the other ballots to choose the 2014 Inductees. Three of the top five artists from the fans’ ballot will be inducted in 2014.