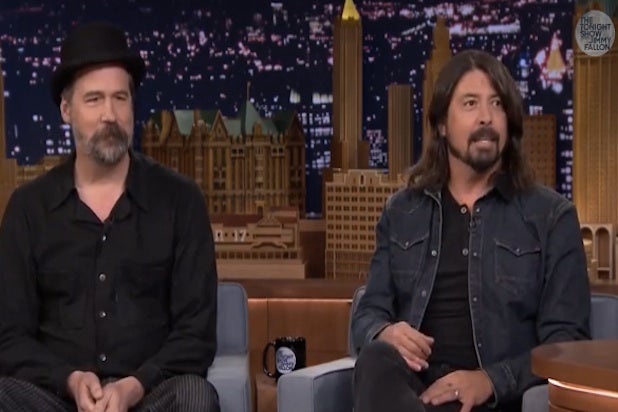 When Weird Al Yankovic asks to do a parody of one of your songs, you say yes, Dave Grohl told Jimmy Fallon Wednesday night.

Grohl and Krist Novoselic looked back upon their career with Nirvana  and their friendship with the late Kurt Cobain on the eve of their introduction into the Rock and Roll Hall of Fame.

“He was this weird kid, and I was a weird kid. We thought the world was weird and so we gravitated toward each other,” Novoselic told Fallon.

Grohl fondly remembered the time Weird Al Yankovic phoned Cobain backstage at “SNL,” asking permission to do a parody of “Smells Like Teen Spirit.” Grohl said he appreciated how it came out.