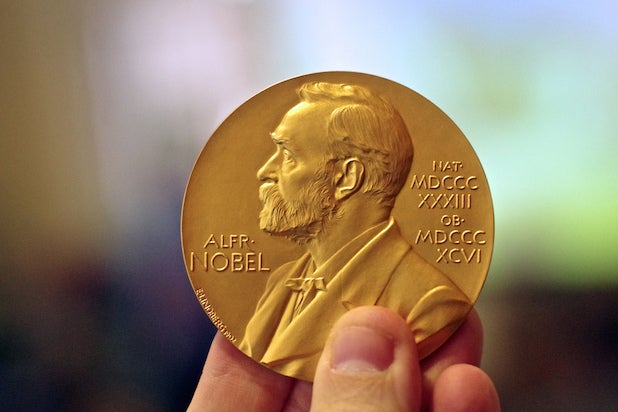 The Nobel Prize for Literature will not be handed out this year, as the Swedish Academy, the panel responsible for naming a laureate, has been engulfed in a scandal over its handling of sexual misconduct by the husband of one of its members.

The Academy will name its 2018 winner at the same time as its 2019 winner, it announced on its website Friday.

The Academy is embroiled in a sexual harassment scandal over the actions of Jean-Claude Arnault, who is closely tied to the organization, and the husband of one its members, Katarina Frostenson. Last year, a Swedish newspaper reported that Arnault had harassed or assaulted 18 women, and since then, more accusations have come out, including that he groped Sweden’s Crown Princess, Victoria.

The head of the Academy, Sara Danius, stepped down in April.

“The active members of the Swedish Academy are of course fully aware that the present crisis of confidence places high demands on a long-term and robust work for change. We find it necessary to commit time to recovering public confidence in the Academy before the next laureate can be announced. This, out of respect for previous and future literature laureates, the Nobel Foundation, and the general public,” said Anders Olsson, interim Permanent Secretary, in a statement.

The Nobel Foundation, in a statement on its own website, supported the Academy’s decision to postpone this year’s winner.

“In principle, the Nobel Prize shall be awarded every year, but decisions on Nobel Prizes have been postponed on a number of occasions during the history of the prizes. One of the circumstances that may justify an exception is when a situation in a prize-awarding institution arises that is so serious that a prize decision will not be perceived as credible,” wrote Carl-Henrik Heldin, Chairman of the Board of the Nobel Foundation.

The Academy only awards the prize for literature, so other Nobel Prizes are not affected.