Someone asked me this morning what my favorite reality show was, and I couldn’t answer. I love so many of them that it’s hard to pick just one.

I was able to say however, with complete conviction, that when it comes to reality television, no one does it better than Bravo. 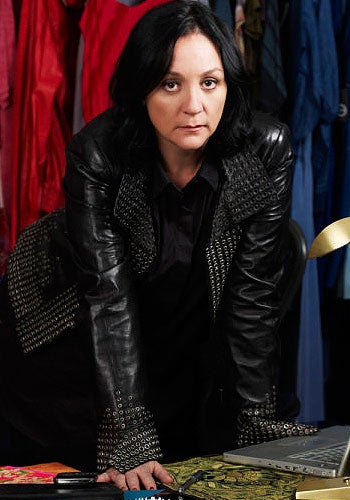 I watch all of their reality shows. Some are good, some are great, and some are so bad that you simply can’t turn away.

Andy Cohen is a genius and I want to send him a message: Mr. Cohen, should you wake up one day and discover that you are in fact not gay, call me. I seriously love you, man.

Here is my take on some of the current shows of Bravo:

Kell on Earth: Kelly Cutrone (left) is fabulous. Her balls are huge, and she can be brutal, but she also has a nurturing side, which I appreciate. Her two partners however, Emily and Robyn, not so much. I can’t find anything to like about these chicks. They are both Kelly wannabes who are going to wake up one day, realize they are old, they have no love life, they're alone, and they'll be even more bitter and unappealing, than they are now.

Skinner needs to be careful to not follow too closely in their footsteps. Andrew is fantastic and I would totally hang out with this kid. He is perfection and a huge addition to the show.

It’s an interesting look into the fashion industry, and I’m hooked. The finale is this week, and I hope "Kell" comes back for another season.

Shear Genius: I want to know who the genius was who thought Camila Alves could host a television show in English. This show is painful to watch! Her accent, and the way she enunciates her words, are enough to make me pull out all my hair, one strand at a time. She is pretty, I guess, and has nice hair, but just because your boyfriend is famous (Matthew McConaughy), and you’re his baby mamma, does not mean you should be hosting a show. Maybe if it were on Telemundo, I would not be so turned off by her.

I have always taught my son to not stare at people who look different. I encourage him to ask questions, but to not stare, because it’s rude, and can be hurtful. Apparently I’m not good at following my own advice, because whenever I see Jonathan Antin and Kim Vo, I can’t stop staring. I want see them up close, then poke and prod at their faces. Bravo to Bravo for not discriminating against people who are made out of plastic.

The Millionaire Matchmaker: I was trying to find a nice way to call Patti Stanger (second from right) a skanky, disgusting, horrific mess, but couldn’t figure it out. I am so turned off by this woman that when I watch her, I find myself drifting off into a daydream where I actually get to hit her. 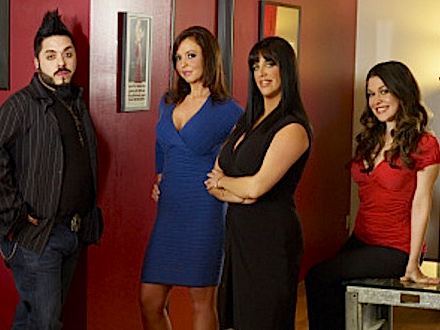 She is an embarrassment to women, to Jews, to matchmakers and to reality television. I find it hard to watch her. I love a good reality train wreck, but I just can’t figure out how it is that this chick has a show.

Her cast is even more confusing, so I’m not even going to try to be nice. Chelsea is an idiot, Rachel is forgettable, and Destin is completely out of his element. If I were a millionaire, would I hand over my hard-earned cash to this group of misfits? I don’t think so.

Stanger is crude, rude, abrasive and annoying. This show is painful, and the only good thing about it are my daydreams, where I get to haul off and knock Patti out. It’s worth watching for that alone.

The Real Housewives of Orange County: What can I say about the "Real Housewives" franchise other than, regardless of the city, it is perfection. Beverly Hills is coming up, and I cannot wait.

Vicki: I would totally be friends with her, then talk about her behind her back when she stabbed me in mine. Tamra: I’m sorry for her and her kids because they are going through a divorce, but happy for her that she is free of her crazy husband, Simon. Alexis: This chick is everything I hope my son will never marry. She is a Stepford-wife, Botoxed freak show.

Gretchen: Dear Lord. I could write an entire blog about this chick. I think I like her, but I’m not sure. She is beyond messed up. Slade is disgusting and if she marries him, then she is disgusting by association, and nobody will be able to help her. Don’t drink the Kool-Aid, Gretchen! Lynn: How is it possible that this woman manages to function so well on lithium? I don’t get her, don’t like her, and feel sorry for her kids.

The Real Housewives of New York City: This is my favorite housewife group. I think they are a fun bunch, and the most interesting. We all know women who remind us of this group, and we can imagine being their friends. Maybe it’s New York City that is so attractive here, but regardless of the ladies, or the city, this show is fabulous.

LuAnn: I think this chick is a whack job who's so caught up in being a countess, she does not get that the title is still not enough for us to find her interesting. Kelly: This chick is a skank, and I would not hang out with her. She is the most unappealing housewife, from any city. Maybe it’s because she is a tranny, and therefore not a real housewife.

Alex: Kudos to her for marrying a gay man, embracing their love together, and flaunting it for all to see. Her kids need to be taught some manners, and she needs a new make-up artist (preferably one who has use of their eyes). Ramona: Kooky. This chick is insane. Regardless of her crazy eyes, her lech of a husband and her daughter being mortified by her, I love her, and she makes great television.

Jill: Of all the women, on all the shows, Jill is the one I like the most. She is opinionated and ballsy, but not mean. She is a regular girl, all things considered, and I would hang with her. Bethenny: She used to be my favorite, but has become a total and complete bitch. The more successful she becomes, personally and professionally, the more unappealing she is. She is burning bridges, and needs to watch her back, because karma is a bitch, and she is on the hunt for you, Bethenny.

Bravo Bravo. I’m loving it all. If you decide to do a reality show about a blogger who writes about reality television, then call me. If you want to do a show about a straight woman who falls in love with a gay man, and tries to get him to marry her, send me Andy Cohen’s phone number, and then call me.