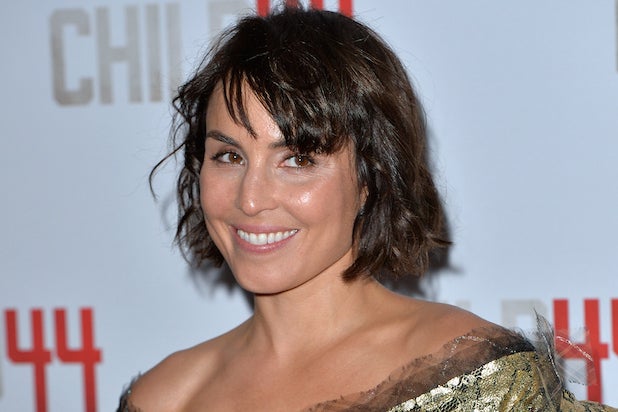 “The Girl With the Dragon Tattoo” as an opera singer? It’s Cannes time so it’s happening, as Noomi Rapace has signed on to play iconic opera singer Maria Callas in the feature biopic “Callas,” it was announced Wednesday by Content Media.

Niki Caro (“McFarland, USA”) is attached to write and direct “Callas,” which is based on Alfonso Signorini’s biography “Too Proud, Too Fragile.”

Content Media will handle world sales for “Callas” and introduce the project to distributors for the first time in Cannes.

The biopic is centered around the passionate relationship Callas had with Aristotle Onassis over nearly two decades. She’s considered one of the most important and recognizable opera legends of all-time and was always one of the most emotive and visually dramatic.

Also Read: Meryl Streep Rocks Out in 'Ricki and the Flash' Trailer (Video)

“This movie is about an extraordinary woman whose deepest desire is to lead an ordinary life with the man of her choice. Callas was la Divina, a goddess, who just wanted to be a normal woman; she found out she couldn’t. It sounds like an ancient myth. Niki Caro immediately identified and superbly built into the script this epic, deeply emotional and dramatic quality of the story. And we are absolutely thrilled that Noomi has come unboard, as she is dream casting for Callas. We are convinced she will be able to embody the indomitable spirit of such an important international icon,” said Guido De Angelis, president of De Angelis Group.

“We fell in love with ‘Callas’ instantly. It’s such an emotional and powerful story of one of the world’s great romances — and we’re certain that audiences around the world will be charmed and entranced by the passion, beauty and operatic splendor of this epic tale,” added Carmichael, who is president of film at Content.

Rapace is a BAFTA-nominated actress who earned mainstream “leading-lady” status with “The Girl with the Dragon Tattoo” and has gone on to star in such hit films as “Prometheus” opposite Michael Fassbender and Charlize Theron; “Sherlock Holmes: A Game of Shadows,” opposite Robert Downey Jr. and Jude Law; and “The Drop” opposite Tom Hardy. She is represented by CAA and Magnolia Entertainment.