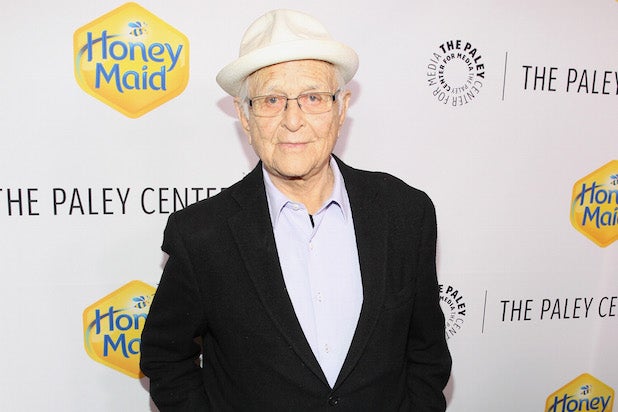 The award recognizes a person or organization whose contributions have brought honor and dignity to writers.

“Over several decades, the Writers Guild, East has presented the Burkey Award to celebrate the achievements of leaders – in the arts or politics – who have advanced the causes of creativity and freedom of speech,” said Writers Guild of America, East president Michael Winship. “This year, by honoring Norman Lear, we choose a man who spans the worlds of both the arts and public affairs. Over his long career as a writer and producer, he has given audiences laughter that entertains and provokes. As a spokesman and advocate, he has been a forthright and resolute defender of civil liberty.”

See photos: 11 Hollywood Stars Who Did Big Business on Broadway in 2014

Lear, whose long list of TV credits include “Maude,” “Sanford and Son,” “Good Times,” “The Jeffersons” and “One Day at a Time,” joined the Guild in 1951. In 1971, he would create “All in the Family” which ran for nine seasons, won four Emmy Awards for Best Comedy series, received a Peabody Award and was nominated for 11 Writers Guild Awards.”

As a film producer, Lear earned Oscar and Writers Guild nominations for his screenplay, “Divorce American Style.” His other feature films include “Stand By Me,” “Fried Green Tomatoes” and “The Princess Bride.”

Beyond film and TV, Lear’s community work included forming People For the American Way, a non-profit organization designed to defend civil rights. In 2000, the USC Annenberg School for Communication and Journalism launched The Norman Lear Center as a nonpartisan research and public policy center that studies the social, political, economic and cultural impact of entertainment on the world.