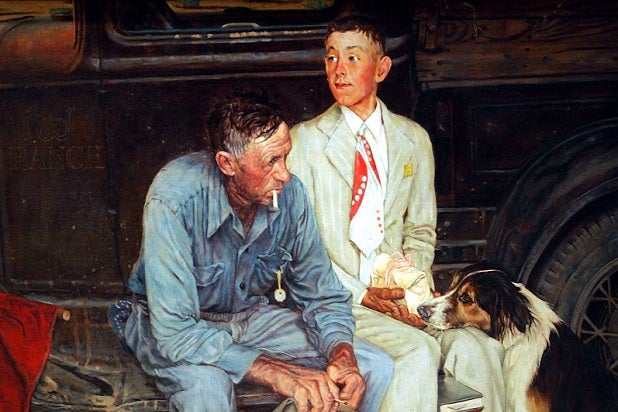 Well, doesn’t this paint an interesting portrait of modern times.

The Norman Rockwell Museum of Vermont could become a marijuana dispensary, if a father-and-son team of entrepreneurs has its way, the Rutland Herald reports.

The museum, which has been up for sale for several years, is being eyed by Daniel Reilly Sr. and Daniel Reilly Jr. for purchase as a dispensary. The Reillys are seeking state approval for the move, with a discussion on the matter by the Rutland Town Select Board scheduled to take place Aug. 22.

Also Read: Hunter S. Thompson to Be Memorialized With His Own Weed Brand

Vermont Governor Phil Scott, who in May vetoed legislation of marijuana for recreational use, nonetheless recently signed legislation increasing the number of state-sponsored medical-marijuana dispensaries from four to five. According to the administrator of the Department of Public Safety’s medical-marijuana program, seven applications have been received for the newly available slot.

The museum, which is located in Rutland Town and was built in 1975, sits on a 1.8 acre lot and has parking for 30 cars, according to the property’s listing.

A decision on the new dispensary is expected to be made in September.

Also Read: Hollywood Is Fired Up Over California's Legalization of Recreational Marijuana

Rockwell, who was known for his wholesome, slice-of-Americana portraits that frequently appeared in the Saturday Evening Post, died in 1978 at age 84.