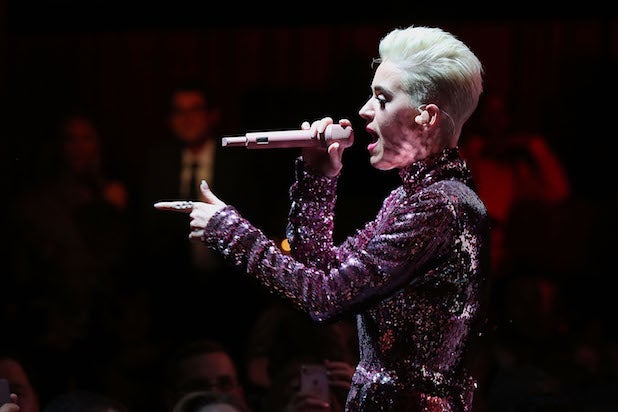 Sister Catherine Rose Holzman, one of the nuns involved in the 8-acre convent lawsuit filed by Katy Perry, died after collapsing in court on Friday.

“Sister Catherine Rose Holzman, IHM passed away suddenly today at the age of 89,” Archbishop José H. Gomez wrote in a statement on her passing, according to People.

Holzman was one of five nuns trying to prevent Perry from owning a convent located on an eight-acre estate in the Los Feliz area of Los Angeles. It became the subject of a drawn-out battle between the nuns — who wanted to sell the property to restaurateur-hotelier Dana Hollister — and the Los Angeles Archbishop Jose H. Gomez, who wanted to sell it to Perry.

According to TMZ, Holtzman was in court for a post-judgment hearing when she suddenly collapsed and died. Shortly before her death, Sister Holzman made a plea to Perry: “And to Katy Perry, please stop. It’s not doing anyone any good except hurting a lot of people.”

“Katy Perry represents everything we don’t believe in,” Holzman told Vulure in 2015. “It would be a sin to sell to her.”

The nuns’ website Stand With the Sisters posted a photo of Holtzman along with the message: “Rest with the angels our most precious treasure.”

The Associated Press reported in 2016 that Perry offered $14.5 million for the house.