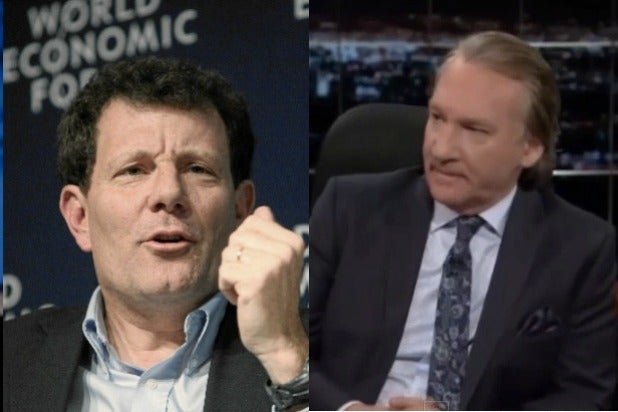 Appearing on HuffPost Live, Kristof suggested it’s dangerous to paint a broad brush over isolated factions in any religion.

“Whether it were a comedian or a politician or a journalist, we have to be wary of broad-brushed critiques in ways that can cause great damage to people,” Kristof said about Maher. “There’s a real risk that we ‘other-ize’ people.”

Also Read: Bill Maher Won’t Let UC Berkeley’s Petition Stop Him: ‘My Reputation Isn’t on the Line, Yours Is’ (Video)

Kristof noted our society’s tendencies to “other-ize” African Americans in the way we look at crime as well as a habit of politicians looking down on immigrants in political debates. He also defended Muslims in the aftermath of the Charlie Hebdo attack.

“I’ve traveled those areas, and I know that kind of violence isn’t representative of 1.6 billion Muslim adherents,” he said. “Humans are complex. They’re varied. There’s an entire range of people. There are good Americans and bad Americans, and that we kind of understand, and the same is true of the Muslim community or any other faith community.”