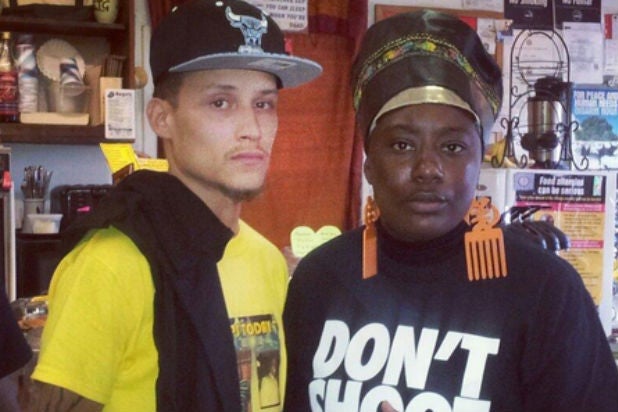 On the same day one grand jury decided not to indict officer Daniel Pantaleo in the death of Eric Garner, an unarmed black man who was killed after being put in a chokehold last July, a different jury did indict 22-year-old Ramsey Orta, the man who captured Garner’s death on camera.

Orta was charged with weapon possession after being arrested on Aug. 2, less than one month after taping Garner’s confrontation with police. As seen in Orta’s video, several NYPD officers confront Garner on the street for allegedly selling loose cigarettes. They’re then seen bringing Garner to the ground, as Pantaleo places Garner in a chokehold.

According to an SILive.com report, Orta told the Staten Island court that he’s being framed by police for capturing Garner’s death.

“When they searched me, they didn’t find nothing on me,” Orta said after his arrest. “And the same cop that searched me, he told me clearly himself, that karma’s a bitch, what goes around comes around.”

He added later: “I had nothing to do with this. I would be stupid to walk around with a gun after me being in the spotlight.”

Police allege Orta attempted to hide an unloaded .25 caliber handgun in the waistband of 17-year-old Alba Lekaj, outside of the Hotel Richmond. Lekaj was not indicted on gun charges.

Despite Orta’s claims and a not guilty plea, a Staten Island grand jury indicted him Wednesday with single felony counts of third-degree criminal weapon possession and criminal firearm possession. Orta is also accused of misdemeanor weapon possession and has two cases currently pending — one for accused robbery and the other for allegedly punching a man collecting bottles outside of his home.

Chrissie Ortiz, Orta’s wife, called the charges against her husband “total BS.” She was arrested herself in August for an alleged assault between her and another female.

“I’m just worried about my husband and getting out the truth and making sure justice is served for Eric Garner and my husband, ” Ortiz said.