Nick Counter, who as president of the Alliance of Motion Picture & Television Producers (AMPTP) led the Hollywood studios through nearly three decades of labor negotiations, died Friday night at West Hills Hosptial in Los Angeles.  He was 69.

No cause of death was given, according to an AMPTP spokesperson.

Counter, who was known to be ill, had retired in March of this year. For 27 years, from its formation in 1982 until then, Counter oversaw the AMPTP and took a lead role in shaping more than 300 major guild and union agreements. He achieved perhaps his greatest prominence as the chief negotiator for the studios during the 100-day writer’s strike in 2008. 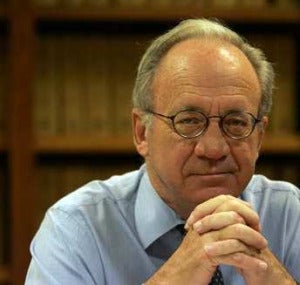 "Nick’s passing is a profound loss for the entire entertainment community," AMPTP President Carol Lombardini said in a statement. "We will all remember Nick for his passionate leadership, which was always guided by a resolute sense of fair play and an earnest desire that everyone come out a winner. Nick had a particular proficiency for developing consensus among diverse points of view and he used this skill to great advantage in negotiating hundreds of collective bargaining agreements that led to a sustained era of labor peace."

"We mourn Nick Counter’s death and extend our deepest sympathy to his family," said Barry M. Meyer, Chairman and CEO, Warner Bros. "He was a brilliant negotiator who guided this industry through historic change and never lost his desire to be fair to all involved. We will miss him very much."

Dan Glickman, Chairman and CEO of the Motion Picture Association of America (MPAA), said:  "Nick was a true gentleman, who fought vigorously but always professionally for the interests of the motion picture and television companies in labor negotiations over many, many years.  He always treated people with dignity and
respect in the tough circumstances of these negotiations.  He knew that you could be thoughtful and kind even when the issues were difficult, and for that he was respected.  Nick was a man of extraordinary character, dignity and ability, and he leaves a truly wonderful legacy for us all."

Prior to being named AMPTP president, Counter served as outside legal counsel for its predecessor, the Association of Motion Picture & Television Producers, for 10 years.

In addition to developing a reputation as a tough negotiator, Counter was an amateur boxer and a star high school football player. His on athletic skills helped earn him a full scholarship to the University of Colorado, where he played halfback and studied electrical engineering. According to a Los Angeles Times profile, he bore the scars from his playing days on the bridge of his nose, which was flattened accidently in a tackle.

Counter also earned a law degree from Stanford University in 1966 and practiced law at Rutan and Tucker, before going to Mitchell,Silberberg & Knupp where the association was one of his principal clients.

Counter is survived by his wife, Jackie, his daughter, Samantha, and son-in-law, Alex, his son, Nicholas, and grandson, Jack.