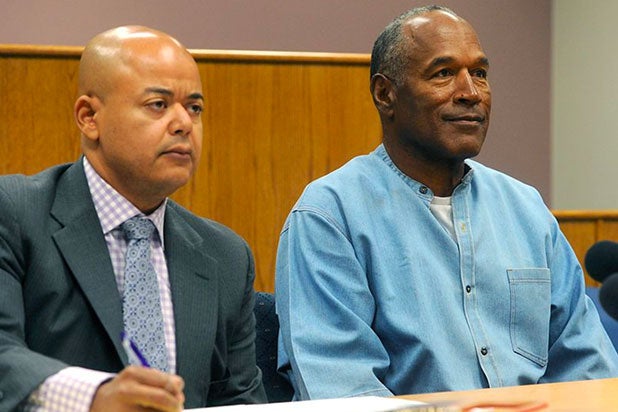 Nevada’s parole board voted 4-0 to release OJ Simpson on parole Thursday after he testified that he had led “a conflict-free life” and was “not a guy who’s lived a criminal life.”

His sentence on robbery charges was set to expire September 29, 2022. Simpson will now be released on October 1 of this year. He has asked to move to Florida, and jokingly told the Nevada board, “I could easily stay in Nevada but I don’t think you guys want me here.”

Simpson, who was acquitted in 1995 in the murders of his ex-wife, Nicole Brown Simpson, and her friend, Ron Goldman, has been incarcerated at Nevada’s Lovelock Correction Center since 2008. The former football star was sentenced to nine to 33 years for armed robbery and kidnapping following a scheme to break into a room at the Palace Station hotel in Las Vegas to steal sports memorabilia.

Simpson was granted parole on some of the armed robbery convictions in 2013, but still had to serve at least four more years due to assault with a deadly weapon charges and other weapon-related charges.

Simpson’s declarations about a “conflict-free” life raised many eyebrows because of the murder charges and because Nicole Brown Simpson documented years of abuse at his hands. Simpson was found responsible for the deaths of her and Goldman in a civil trial, but has not come close to paying the $33 million a jury ordered him to pay their families.

Simpson’s case Thursday was unrelated to the murders, though many believe he received a harsher sentence on his current robbery case because of the widespread belief that he got away with murder.

Simpson presented himself to the board as a model prisoner who counsels fellow inmates to avoid violence.

“I’ve been asked to mediate conflicts in the prison and it gave me tools to use and walk these guys through instead of throwing punches at one another,” he told the parole board, via video. “I always thought I was good with people. Basically, I’ve spent a conflict-free life.”

Bruce Fromong, the last surviving victim of the 2007 robbery, defended Simpson at the parole hearing, telling the board that Simpson deserves a second chance and that his sentence was way too long. He wore a shirt with the logo of the Heisman Trophy, which Simpson won as a college star at USC.