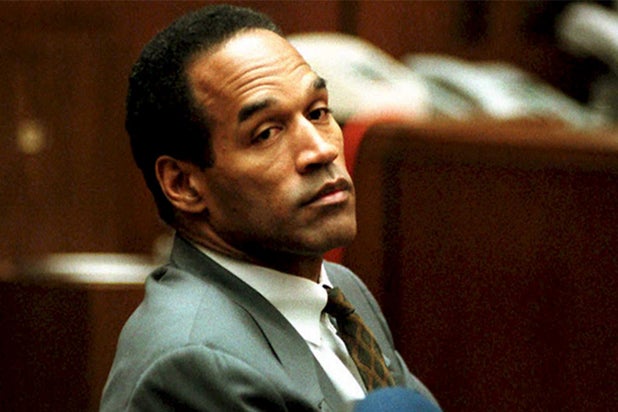 True crime sleuths and theorists thought the murders of Nicole Brown Simpson and her friend Ronald Goldman could finally be solved after the discovery of a knife on O.J. Simpson’s property came to light last Friday.

However, O.J. Simpson’s former manager Norman Pardo says the disgraced NFL star “isn’t losing any sleep” over the latest revelation in the case that has captivated America for more than 20 years.

“Everybody I’ve spoken with says he’s just ignoring it. He’s not talking about it,” Pardo told People magazine Monday. “When he heard the news on TV, all he did was shake his head, as if to say, ‘Will this ever end?’ He’s definitely shrugging it off and pretty much saying, ‘I’m not going to worry about it.'”

Simpson is currently serving a 33-year prison sentence in Nevada stemming from an incident at a Las Vegas hotel in 2007. He was convicted of armed robbery and kidnapping after confronting men he claimed had stolen memorabilia from his NFL days. He is due to appear before a parole board in 2017.

“[O.J.] is a little worried because if it’s one of his pocket knifes and, if it’s got his blood on it, that could make him look bad when he’s up for parole,” Pardo went on to say.

“That’s really his only fear. Personally, I think it belonged to a construction worker and fell out of his pocket. Honestly, I don’t think it pertains to anything,” he added.

Also Read: What the Knife on Found OJ Simpson's Old Property Might Mean - A Short Explainer

A construction worker is said to have found the knife buried at Simpson’s former Rockingham residence in the Brentwood area of Los Angeles in the late 1990s. He subsequently turned it over to an off-duty police officer, George Maycott, who happened to be nearby. But rather than turning it over to authorities, Maycott apparently kept it, according to the L.A. Times.

Maycott, who since retired, planned to frame the knife and reached out to a friend at the LAPD for the case number of the double murder investigation, which is how its discovery has now become public knowledge.

Simpson was acquitted of the double homicide on Oct. 3, 1995, and the knife used in the 1994 attack was never found.

The 10-episode drama takes viewers inside the murder trial from the perspective of the lawyers on Simpson’s defense team and the prosecutors. Cuba Gooding Jr. plays Simpson in the series.