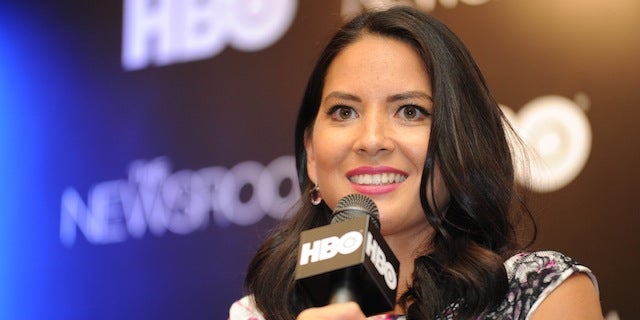 "The Newsroom" star Olivia Munn is ready for her next assignment, as she's in negotiations to join Johnny Depp in David Koepp's Lionsgate movie "Mortdecai," an individual familiar with the project has told TheWrap.

Kyril Bonfiglioli's comedic crime novel "The Great Mortdecai Moustache Mystery" serves as the basis for the project, which Lionsgate acquired after Warner Bros. put it into turnaround.

As TheWrap first reported last month, Depp is set to play Charlie Mortdecai, a wealthy art dealer and part-time rogue who often gets himself involved in strange cases of crime and espionage.

Story follows Mortdecai as he races to recover a stolen painting rumored to contain the code to a lost bank account filled with Nazi gold. Details of Munn's role aren't being revealed, but it's said to be a key supporting role alongside Depp and co-stars Gwyneth Paltrow and Ewan McGregor.

Andrew Lazar of Mad Chance is producing the movie with Depp and his Infinitum Nihil partner Christi Dembrowski. Koepp is directing from a script by Eric Aronson.

Also Read: With 'The Newsroom,' Olivia Munn Puts Her Journalism Degree to Use (Video)

Munn has come a long way since making a name for herself as the host of "Attack of the Show." After working with Jon Favreau on "Iron Man 2" and Steven Soderbergh on "Magic Mike," she landed a major role on Aaron Sorkin's HBO series "The Newsroom."

Munn, who is repped by CAA and Mosaic, next stars opposite Eric Bana in Scott Derrickson's horror-thriller "Beware the Night."