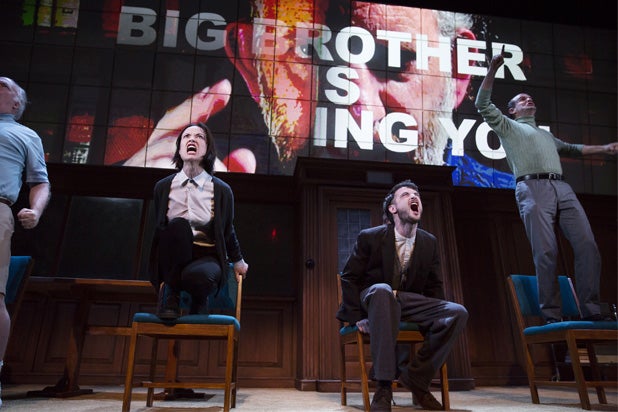 According to a statement from the Tony Awards administration committee, “The show did not fulfill all of the eligibility requirements, as outlined by the Tony Rules and Regulations.”

Reps for the Tonys and for the show’s producers did not respond to TheWrap’s requests for comment.

Also Read: '1984' Broadway Review: Big Brother Is Back and He's Out to Shock Us Senseless

The show, produced by Sonia Friedman and Scott Rudin, starred Olivia Wilde, Tom Sturridge and Reed Birney — each of whom earned critical praise for their performances after the June 22 opening night.

The production, directed and adapted for the stage by Robert Icke and Duncan Macmillan, closed on Oct. 8 after 125 performances.

It also sparked coverage because of its disturbing scenes of torture — which prompted some extreme audiences reactions — including vomiting and fainting in some cases.