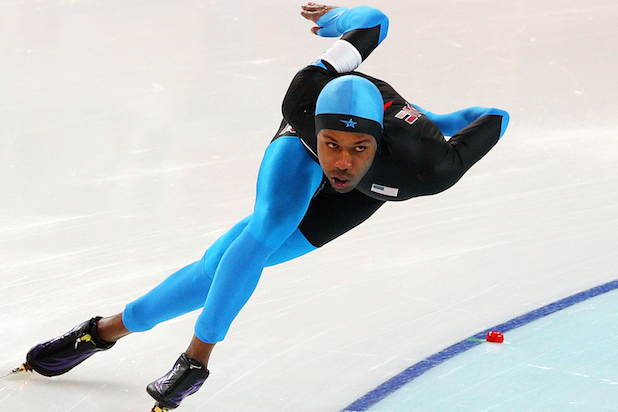 U.S. men’s speed skater Shani Davis is less than thrilled he lost a coin toss to determine who will be the country’s flag bearer at Friday’s Winter Olympic Opening Ceremony in Pyeongchang, South Korea.

I am an American and when I won the 1000m in 2010 I became the first American to 2-peat in that event. @TeamUSA dishonorably tossed a coin to decide its 2018 flag bearer. No problem. I can wait until 2022. #BlackHistoryMonth2018 #PyeongChang2018 pic.twitter.com/dsmTtNkhJs

Also Read: Tonya Harding on 1994 Nancy Kerrigan Attack: 'I Knew Something Was Up' (Video)

The 35-year-old lost to Erin Hamlin, who won a bronze medal at the 2014 Sochi games for luging. The flag bearer selection has an athlete picked from each of the eight sporting groups nominated. Ties, according to USOC rules, are decided by a coin flip.

Commenting on outcome, USOC Mark Jones told USA Today “it is an athlete-driven process and the selection was made between two great candidates.”

Davis is a five-time Olympian, and was the first black athlete to win an individual gold medal, winning the 1,000 meters race at the 2006 Torino games.