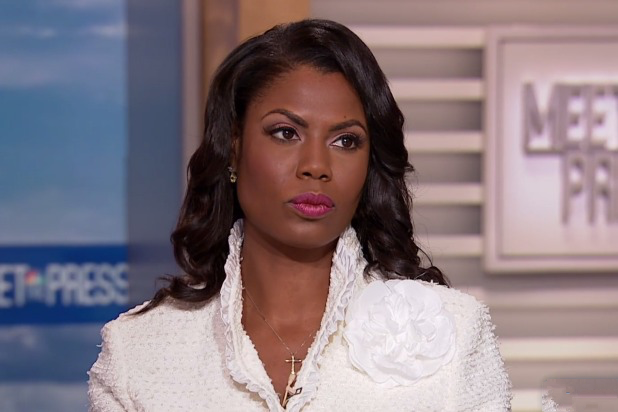 Omarosa Manigault Newman is reaping the fruits of her burn-it-all-down media blitz for her White House tell-all “Unhinged,” taking the No. 1 spot atop the New York Times best-seller list published on Wednesday. The former Trump White House aide topped both the print hardcover and combined print and e-book categories.

The book has also been holding strong on Amazon as the website’s No. 2 best-seller, behind Rachel Hollis’ self-help book “Girl, Wash Your Face.”

After a a slow start, “Unhinged” sales kicked into high gear last week after the former “Apprentice” star released a series of secretly recorded tapes she made during her time in the Trump 2016 campaign and the White House.

Also Read: Omarosa May Have 'as Many as 200' Tapes of Trump Staffers (Report)

Fueled by explosive interviews on MSNBC, Omarosa sparked several news cycles, with revelations that she had recorded her firing within the highly secure White House Situation Room and that Trump aides had prepared a defense of the president possibly saying the N-word on a tape. Omarosa said the tape exists and that she has heard it.

The president himself poured fuel on the fire, launching a series of nasty tweets against his old friend, and attempting to stop the book’s release through a legal injunction.

When you give a crazed, crying lowlife a break, and give her a job at the White House, I guess it just didn’t work out. Good work by General Kelly for quickly firing that dog!

Wacky Omarosa, who got fired 3 times on the Apprentice, now got fired for the last time. She never made it, never will. She begged me for a job, tears in her eyes, I said Ok. People in the White House hated her. She was vicious, but not smart. I would rarely see her but heard….

….such wonderful and powerful things about me – a true Champion of Civil Rights – until she got fired. Omarosa had Zero credibility with the Media (they didn’t want interviews) when she worked in the White House. Now that she says bad about me, they will talk to her. Fake News!