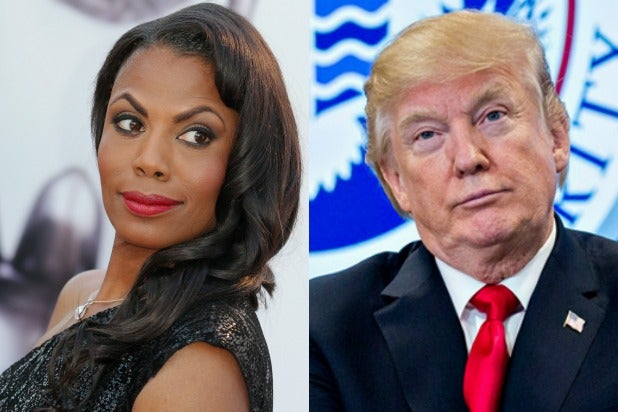 Omarosa Manigault Newman’s publisher Simon & Schuster says it won’t be “intimidated” by what it calls “hollow legal threats,’ and will publish her book “Unhinged” as planned.

“Despite various legal claims and threats made by representatives of the Trump campaign, Gallery Books and Simon & Schuster are proceeding as planned with publication of UNHINGED by Omarosa Manigault-Newman, confident that we are acting well within our rights and responsibilities as a publisher,” a spokesman for the publisher told TheWrap in a statement.

On Tuesday, the Trump campaign filed for arbitration, accusing Manigault Newman of breaching a 2016 nondisclosure agreement with the campaign.

In a letter to Harder, first reported by CNN and obtained by TheWrap, Simon & Schuster’s outside counsel Elizabeth McNamara wrote: “While your letter generally claims that excerpts from the book contain ‘disparaging statements,’ it is quite telling that at no point do you claim that any specific statement in the book is false. Your client does not have a viable legal claim merely because unspecified truthful statements in the Book may embarrass the president or his associates. At base, your letter is nothing more than an obvious attempt to silence legitimate criticism of the president.”

McNamara also argued that whatever non-disclosure agreements Manigault-Newman may have signed are not enforceable in this case.

“Put simply, the book’s purpose is to inform the public. Private contracts like the NDA may not be used to censor former or current government officials from speaking about non-classified information learned during the course of their public employment.”

Niether Harder nor The White House responded to request for comment Thursday.

“My clients will not be intimidated by hollow legal threats and have proceeded with publication of the Book as schedule,” the Simon & Schuster letter read. “Should you pursue litigation against S&S, we are confident that documents related to the contents of the Book in the possession of President Trump, his family members, his businesses, the Trump Campaign, and his administration will prove particularly relevant to our defense.”