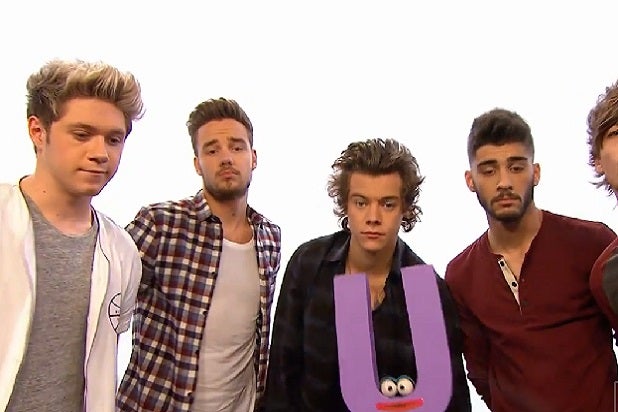 Two awesome cultural forces, One Direction and “Sesame Street,” will come together in the fall, when Harry Styles, Liam Payne, Zayn Malim, Louis Tomlinson and Niall Horan drop in on the kids’ show to celebrate their own awesomeness, and the 21st letter of the alphabet.

In honor of the group’s song “What Makes You Beautiful,” One Direction belts out a tune referencing a number of words that begin with the letter “U.”

Is “underwhelming” one of them in this case? Click on the video below and come to your own conclusion.