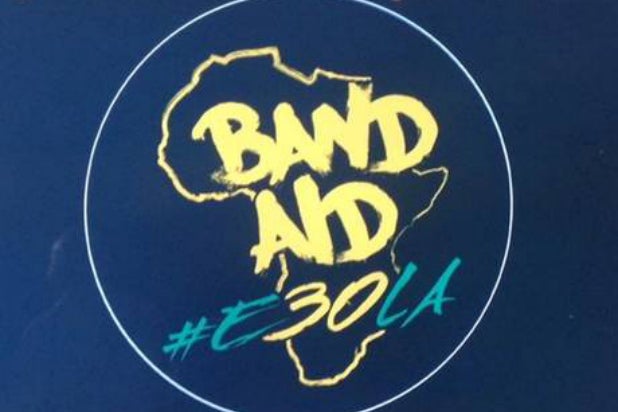 Bob Geldof is throwing his arms around the world at Christmastime — again.

The Band Aid organizer behind 1980s singles such as “Do They Know It’s Christmas?” announced on Monday that One Direction, Adele, Ed Sheeran, Bastille, Foals, Elbow, Ellie Goulding, Emelie Sandé, Sam Smith, Olly Murs, Bono and Chris Martin are among the first wave of artists confirmed to take part in the 30-year anniversary of the single, which will raise money to help fight Ebola in West Africa this time.

Speaking at a press conference in London, Geldof admitted: “This is the worst kept secret in the world,” according to UK publication The Independent.

More artists will be announced soon.

Also read: U2's Bono Apologizes for iTunes Album Drop: 'We Might Have Gotten a Bit Carried Away' (Video)

The lyrics to the 1984 Christmas tune will be tweaked and modernized to address the current Ebola crisis, described by Geldof as “a pernicious illness which renders people untouchable.”

“Three weeks ago I got a call from the UN saying they required a 20 percent increase across the board,” he said. “We called up some giants and they said they would come again to the party.”

Tracey Emin will design the album cover; the Twitter hashtag for the Band Aid 30 single will be #E30LA.

The new Band Aid 30 single will be recorded Nov. 15 and released to buy two days later. To ensure that maximum funds are raised for charity, it will not be available to stream on Spotify until January.

“It really doesn’t matter if you hate this song or you don’t like this song, you have to buy this thing,” Geldof concluded.