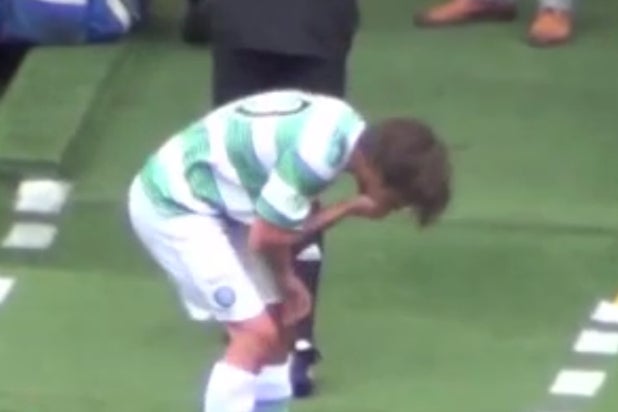 One Direction member Louis Tomlinson took a hit at a soccer match this weekend and then vomited on himself on the sidelines.

Tomlinson, sporting the number “1D” on his jersey, was playing defense in a match this past weekend, which was meant to celebrate the career of former Celtic and Aston Villa player Stiliyan Petrov.

As Tomlinson dribbled towards the sideline, the much larger Agbonlahor banged into him making a play on the ball.

The boy band member went down fairly hard, but got up and limped off the pitch on his own. He then pitched chunks into his own hand before being shown to the locker room.