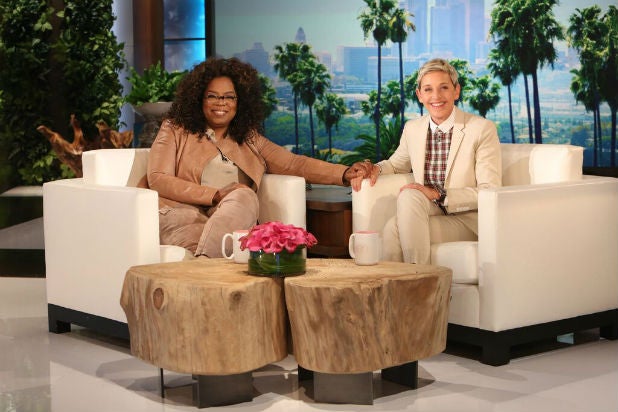 The media mogul recently made $45 million by investing in the weight loss program Weight Watchers, but she never thought to give DeGeneres a heads up on the investment.

“Now had she made one phone call to me,” DeGeneres joked on Friday. “I couldn’t have put $40 million in but I could have put a little bit of money in.”

“No, but we want to stay out of jail,” Winfrey responded. DeGeneres then congratulated her guest, since the $45 million she made must mean she is no longer hurting financially.

Winfrey also said she had to actually use the weight loss program before she would invest, a decision that has paid off already.

“Since August 12 I have lost 15 pounds,” she said. “But I am excited about Weight Watchers being able to bring a healthier more holistic approach for everybody.”

Also Read: Why Oprah Winfrey's Partnership With Weight Watchers Is Like 'Winning the Lottery'