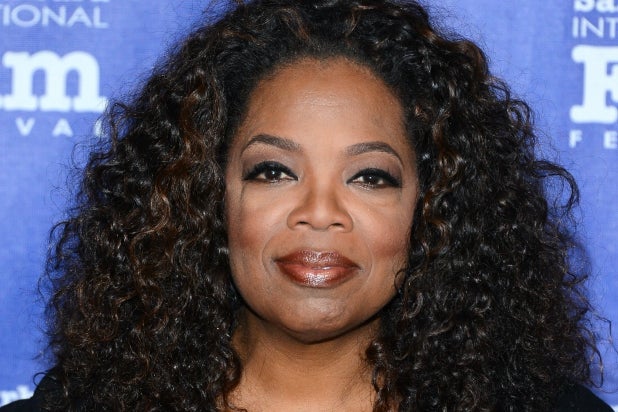 Oprah Winfrey joined the board of Weight Watchers on Monday, and acquired 10 percent of the company — a move which has made its stock share value shoot up by over 80 percent.

“Weight Watchers has given me the tools to begin to make the lasting shift that I and so many of us who are struggling with weight have longed for,” she said in the statement released by the weight loss company. “I believe in the program so much I decided to invest in the company and partner in its evolution.”

Since the company’s announcement, the Weight Watchers International stock had shot up over 80 percent. It keeps fluctuating, with 93 percent having been the highest so far. 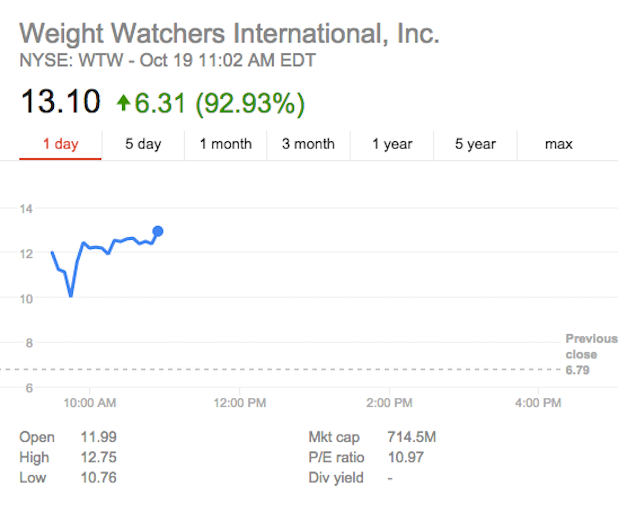 According to the release, Winfrey became an adviser, owner as well as a regular member of the program, who would “candidly share her experiences and perspective along the way.”

Winfrey came to the rescue of Weight Watchers, which in recent months has struggled to lift sales and increase its membership. Weekly meetings cost between $10 and $15. According to a Duke University study, the company faced strong competition from rivals, and many free weight-loss apps have pulled users away from Weight Watchers.

“Weight Watchers and Oprah Winfrey make a powerful combination,” said Ray Debbane, Chairman of the Board of Directors, Weight Watchers International, Inc. “Oprah is a force of nature in connecting with people on a very personal level to live inspired lives. This partnership will accelerate our transformation and will meaningfully expand our ability to impact many millions of people worldwide.”