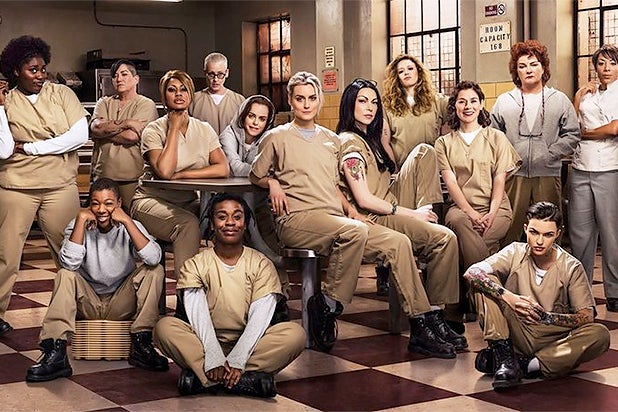 [Spoiler warning: Do not read on if you have not seen Season 4 of “Orange Is the New Black.”]

In a year of controversial character deaths on television, “Orange Is the New Black” has added fuel to the fire with the killing of an original cast member at the end of Season 4.

After spending the season dreaming of a life out from behind bars and becoming serious with new love interest Soso (Kimiko Glenn), Poussey Washington (Samira Wiley) died at the hands of a prison guard as a peaceful protest inevitably turned violent.

According to Wiley and the executive producers, the parallel to the #BlackLivesMatter movement was intentional, as was Poussey’s death’s similarity to that of Eric Gardner’s. But some fans aren’t satisfied with the ending for the black lesbian character.

“The death of a black lesbian shouldn’t be about making white viewers ‘learn a lesson’,” said one user.

“#PousseyDeservedBetter and so do her fans that identified and found good representation with her,” added another.

Netflix did not immediately respond to requests for comment.

A week after Season 4 of “Orange Is the New Black” premiered on Netflix, Twitter accounts like @bIackLGBT were created, with “Poussey was more than just a sentence and a story” in the bio.

Below is a sampling of fans who created the hashtag #PousseyDeservedBetter to express their anger over the death.

#PousseyDeservedBetter black lesbians are already underrepresented on tv & instead of a happy ending she received a tropey death. do better.

She deserved better than being killed "to raise awareness". Black lesbians aren't here to be your plot devices #PousseyDeservedBetter