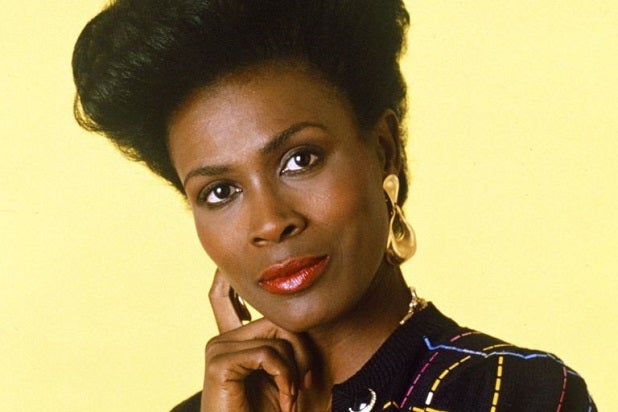 When Alfonso Ribeiro posted a photo on Instagram, showcasing a mini “Fresh Prince of Bel-Air” reunion, most onlookers welcomed the shot of TV nostalgia — except for the woman who played the original Aunt Viv.

Janet Hubert, who was absent from the reunion pic, posted a response to it on her Facebook page on Tuesday. In it, she called out Ribeiro for being a “media hoe” and insulted him for his relationship with Will Smith.

“I know the media hoe Alphonso Ribero (sic) has posted his so called reunion photo. Folks keep telling me about it. He was always the ass wipe for Will,” she wrote.

Also Read: See This 'Fresh Prince of Bel-Air' Reunion With Will Smith and Feel All Kinds of Nostalgia

Hubert played the matriarch of the Banks household — Aunt Vivian — on the first three seasons of the show before she was replaced by Daphne Reid for the rest of the series.

The reasons stated in the press range from creative differences, to contract disputes, to claims that she was fired because she got pregnant.

Both Smith and Ribeiro said that Hubert was tough to work with. Smith said in an interview with an Atlanta radio station that Hubert didn’t like him because, as he says, he was a “snot nosed punk.”

“I can say straight up that Janet Hubert wanted the show to be ‘The Aunt Viv of Bel Air Show’ because I know she is going to dog me in the press,” he said.

Ribeiro didn’t mince words about working with Hubert. According to E!, during a stand-up routine, Ribeiro called Hubert “Cuckoo!”

“She went nuts! Long story short, and there were days when we were all on the set and she would literally go off on people and they got to a point by the time the second season came around where we’re like, ‘This is unacceptable.’ We felt like, when we were doing “The Fresh Prince of Bel-Air,” that we were a family… She, at that point, ruined that, and she made it very difficult for us to work, and unfortunately she was then fired.”

Hubert said in an interview with what is now HuffPost’s Black Voices that her departure from the show was planned for a long time. She also said that due to comments made by Smith and Ribeiro about her, that she was never going to reunite with the cast.

“There will never be a reunion of the ‘Fresh Prince,'” she said. “Will Smith and Alfonso destroyed a 20-year-career with untruths. I got slammed. Will apologized later in an ‘Essence Magazine’ article, but it still lingers. It’s still there.”

She echoed that sentiment in her Tuesday Facebook post: “There will never be a true reunion of the Fresh Prince. I have no interest in seeing any of these people on that kind of level.”

Hubert continued, saying that she wasn’t offended by the photo. However, she did say that it gave her inspiration to pitch her memoir, which she calls “Perfection is Not a Sitcom Mom.”