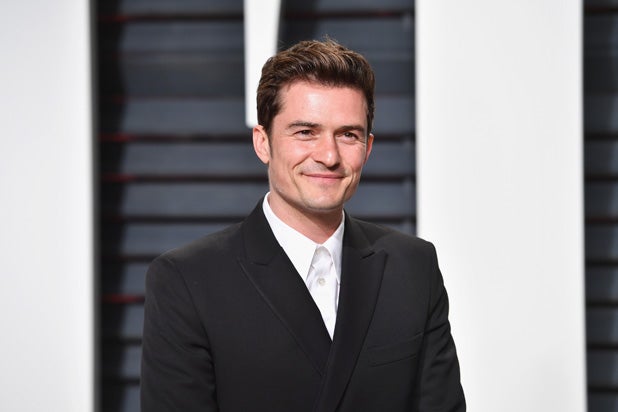 Orlando Bloom has backtracked from comments he made on a British morning radio show this week that sparked outrage and accusations of racism over in the U.K.

Bloom was making the reference while talking about his character in the Disney franchise, Will Turner, a blacksmith’s apprentice secretly in love with the governor’s daughter. (The new movie is titled “Pirates of the Caribbean: Salazar’s Revenge” outside the U.S. and Japan.)

However, his use of the word “pikey,” which is slang for a traveler or gypsy, caused ripples of offense as it is considered by many to be an ethnic slur to the Romani people.

The National Gypsy-Traveller-Roma Council said his use of the “racially abusive term is worrying,” according the BBC.

Listeners quickly took to Twitter to brand Bloom a racist, with one user saying: “No, Orlando Bloom on @R1Breakfast @BBCR1, you’re not a ‘pikey from Kent’. It’s a racist slur!”

Bloom, who grew up in the historic English cathedral city of Canterbury, issued an apology following the outcry, saying: “I’ve come from Kent and I grew up with a lot of, like, freewheeling, cool, interesting characters like that. I certainly wasn’t taking a slant at that at all. I’m very respectful,” the Independent reported.

“I certainly wasn’t taking a slant at that at all. I’m very respectful,” he added.

The word “pikey” was first heard by many Americans in the 2000 Guy Ritchie heist movie “Snatch,” when Brad Pitt’s Irish Traveler character was repeatedly described as one by the English gangsters.