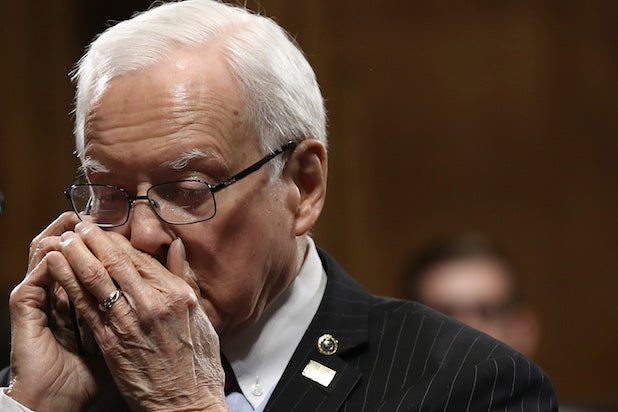 How many puns can one person fit into a six-line paragraph? Apparently quite a few.

Breaking away from the usually stuffy language used by Washington politicos, Utah Sen. Orrin Hatch sent out a dope announcement about his new medical marijuana research bill, cramming it with some of the funniest pot puns he could find.

“It’s high time to address research into medical marijuana,” Hatch said in a statement Wednesday. “Our country has experimented with a variety of state solutions without properly delving into the weeds on the effectiveness, safety, dosing, administration, and quality of medical marijuana.”

See what he did there?

Hatch, a Republican, didn’t stop there.

“All the while, the federal government strains to enforce regulations that sometimes do more harm than good. To be blunt, we need to remove the administrative barriers preventing legitimate research into medical marijuana, which is why I’ve decided to roll out the MEDS Act.”

Hatch went on to drop a few more double entendres:

“I urge my colleagues to join Senator Schatz and me in our joint effort to help thousands of Americans suffering from a wide-range of diseases and disorders. In a Washington at war with itself, I have high hopes that this bipartisan initiative can be a kumbaya moment for both parties.”

The bill would promote more research on the potential medical uses of marijuana by streamlining the research registration process, making marijuana more available for legitimate scientific and medical research, retaining checks to protect against diversion or abuse of the controlled marijuana substances and requiring the National Institute on Drug Abuse (NIDA) to develop and publish recommendations for good manufacturing practices for growing and producing marijuana for research, among others things.

Could we get behind it?