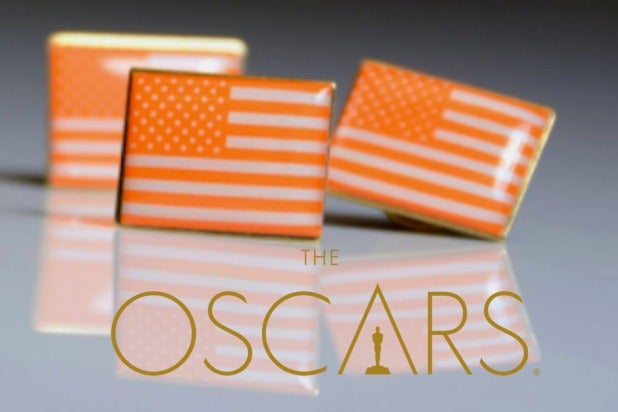 Attendees at the 2018 Academy Awards on Sunday will be turning their attention to gun violence by rocking orange American flag pins on designer dresses and dapper tuxes.

According to People, some celebrities will be arriving on the red carpet wearing the bright anti-gun violence pin from Everytown for Gun Safety on their duds as a gesture of solidarity following the school shooting in Parkland, Florida last month.

Tinseltown has been using fashion as a form of protest this awards season, with stars following a black dress code at the Golden Globes and BAFTAs, carrying white roses at the Grammys and BRIT Awards, and of course, wearing their Time’s Up gear.

Also Read: 'Real Time': Parkland Survivors Thank Adults for Letting 'Us Rebuild the World That You F---d Up'