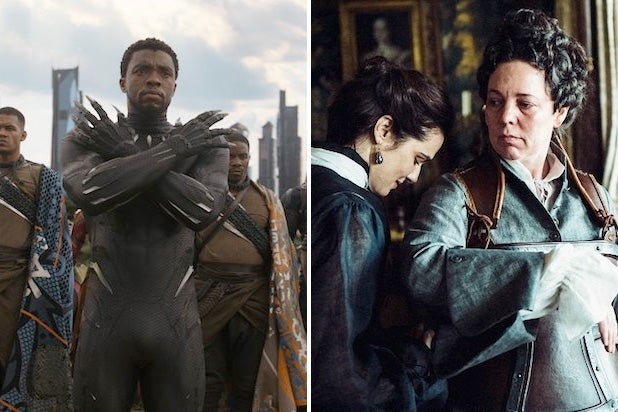 Walt Disney led among studios, with 17 total nominations, trailed closely by Fox Searcxhlight with 15. The Oscars performance is a notable achievement for both outfits since the former will soon be absorbed by Disney as part of a multibillion-dollar acquisition while the latter is an upstart in the awards derby.

Here is the breakdown of nominated films by the numbers:

The Ballad of Buster Scruggs — 3

If Beale Street Could Talk — 3

For the record: A previous version of this story had incorrect data on studios’ nominations.