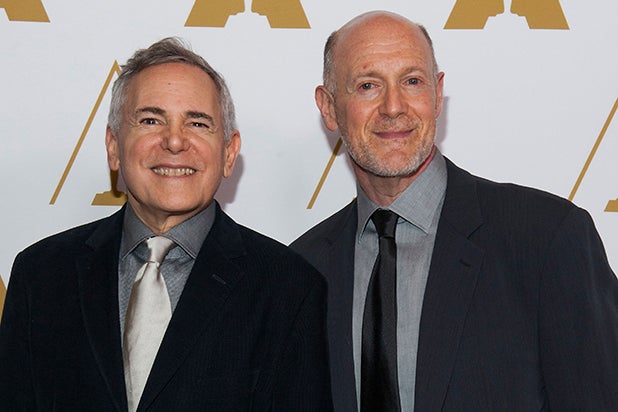 Broadway’s Shubert Organization has signed a three-year development deal with the producers of the 2015 Oscars, Craig Zadan and Neil Meron. The duo will be tasked with making original plays, musicals and even revivals.

Zadan and Meron are veteran television producers, having successfully produced the Academy Awards telecasts in 2013 and 2015, but they’ve gone on record saying their heart lies with the stage.

“We started our careers learning from the legendary Joseph Papp,” Zadan and Meron said in a statement obtained by TheWrap. “Since then, we’ve searched for a home that is forward-thinking and dedicated to excellence. We are thrilled to join with the theatre’s dynamic forces, Phil Smith and Bob Wankel at the Shubert Organization, in developing new work, even producing a revival here and there, and finding material we’re passionate about creating together.”

The Shubert Organization has been a top name in American theatre for over 100 years. Oft-cited Broadway productions include “Cats,” “Sunday in the Park with George,” “Dreamgirls,” “The Heidi Chronicles,” “Jerome Robbins’ Broadway” and “Amadeus,” but its executives are pleased to sign a formal deal with Zadan and Meron.

“We’ve known and admired Craig and Neil since their early years in New York in the 1970’s. They’ve gone on to triumph in every entertainment medium,” Shubert chairman Philip J. Smith said.

“Their film and television adaptations of the great Broadway musicals have been enjoyed by audiences around the world. We look forward to collaborating with them on many exciting projects,” Shubert president Robert E. Wankel added.