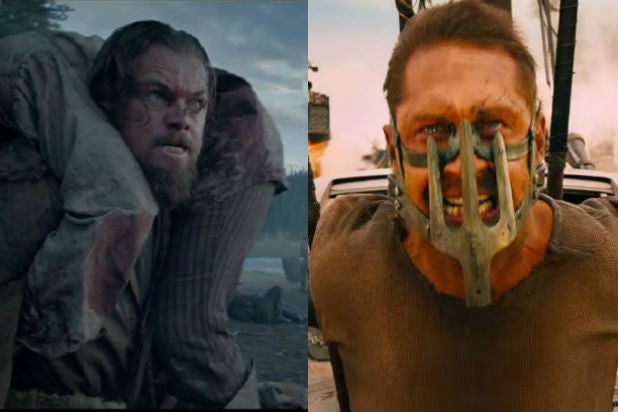 The Academy has nominated eight movies for Best Picture this year including “The Revenant” and “Mad Max: Fury Road,” which lead the field with 12 and 10 Oscars nominations, respectively.

Those two films were nominated for Best Picture along with “The Big Short,” “Bridge of Spies,” “Brooklyn,” “The Martian,” “Room” and “Spotlight.”

“Bridge of Spies,” “Brooklyn” and “The Martian” were the three Best Picture nominees without corresponding nominations for their respective directors, which could signal a perceived weakness within the Best Picture field.

Likewise, the four films with an editing nomination — “The Big Short,” “Mad Max,” “The Revenant” and “Spotlight” — should be considered the strongest Best Picture contenders. That quartet was joined by “Star Wars: The Force Awakens.”

There were plenty of snubs and surprises on nomination morning, from inclusions of “The Revenant” star Tom Hardy and “Room” director Lenny Abrahamson to the omission of “The Martian” director Ridley Scott.

Tarantino wasn’t the only expected writer nominee to be left out in the cold, as Oscar winner Aaron Sorkin was inexplicably overlooked for his masterful work in adapting “Steve Jobs.”

Of course, the most surprising snub involved the lack of nominees of color, which will inevitably lead to another #OscarsSoWhite chorus. Idris Elba (“Beasts of No Nation”) and Jason Mitchell (“Straight Outta Compton”) delivered wonderful supporting performances this year that were overlooked in favor of white nominees.

This year’s It Girl, Swedish sensation Alicia Vikander, was expected to be a dual nominee for “The Danish Girl” (lead) and “Ex Machina” (supporting), though the Academy followed SAG’s lead and saved her a spot in the supporting category for her work in “The Danish Girl.”

While the Best Actor lineup matched up with SAG’s list, the Academy threw a curveball in the Best Director category, where “Room” maestro Lenny Abrahamson took the spot held by Ridley Scott on the DGA nominees list.